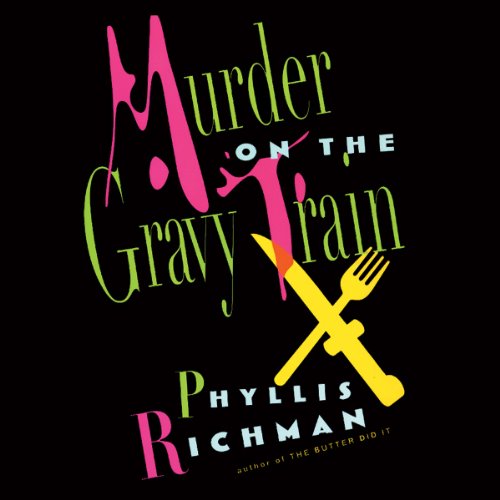 Murder on the Gravy Train

Murder on the Gravy Train

Chas Wheatley, a food writer with a taste for sleuthing, once again takes on the scandalous world of Washington tongue-waggers and the deep-throated secrets of the restaurant business.

Researching her new column, Chas discovers something is rotten with Washington's most popular new restaurant. The head chef has gone missing, and no one is willing to give her a straight answer as to his whereabouts. Bodies begin to surface around the nation's capital, confounding the police. But Chas's clever eye for detail, her love of good gossip, and her connections in the newspaper and culinary worlds lead her into the underbelly of the business - and onto a twisted trail of deceit, blackmail, and murder.

"Blending mouth-watering descriptions of foods galore, subtle clues and a serious look at the responsibilities of restaurants, Richman whips up a frothy confection...should satiate most connoisseurs of food-oriented crime." (Publishers Weekly)
"Brought vigorously to life by narrator [Susan O'Malley] in a voice rich and piquant as bouillabaisse....This recording is a delightful audio repast to be lingered over and savored." (Today's Librarian)
"Susan O'Malley is an enthusiastic narrator who finds a tone that reflects the blend of naïveté and sophistication of her main character. She brings just as much interest and enthusiasm to the descriptions of food as she brings to the intrigue that runs through the story." (AudioFile)