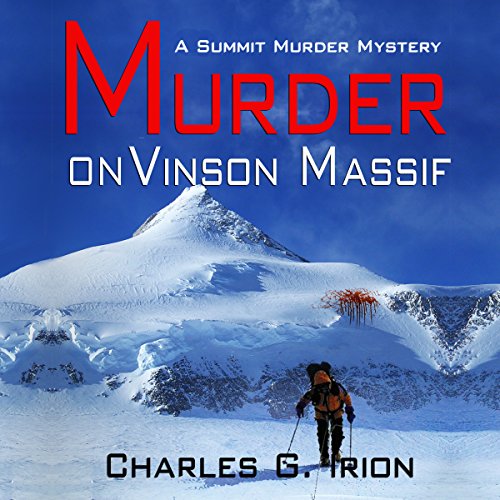 Having failed to acquire the legendary golden Inca idols on Aconcagua in South America, Scott Devlon is hot on their trail. Kira Stern, former wife of Quentin, has murdered to steal them and is now headed to Punta Arenas, Chile, where she hopes to sell them to Robert Ainsworth, a crazed international arms dealer. Joined by Quentin, Scott soon finds himself in Antarctica, compelled to join the expedition about to attempt an unprecedented winter climb of Vinson Massif, the highest mountain on the world's most inhospitable continent. Murder and treachery once again abound as the high-tech expedition braves the Antarctic night with temperatures falling below minus 100 degrees Fahrenheit. Old friends and fresh enemies die as Scott seeks the lost idols and in the end all perish save two.

This book is the sixth in the exciting Summit Murder Mystery series. While each book stands alone each will provide a deeper connection with the characters and story lines. Every book is set against an exotic backdrop amidst some of the most breathtaking scenery on Earth.

What listeners say about Murder on Vinson Massif

What did you love best about Murder on Vinson Massif?

I love that each novel in the series gets better and better. Murder on Vinson Massif is different from the other novels because it takes on a bit of a scifi feel and I loved it.

Scott Devlon is my favorite character in every book. His courage is admirable and I always like to see how he will get them out of trouble in each book.