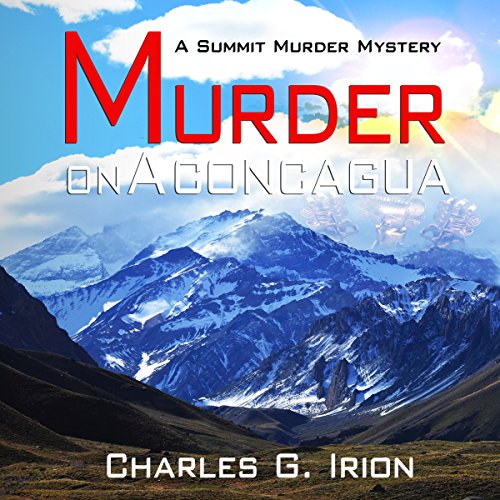 Hero Scott Devlon is once again sent by the U.S. Defense Intelligence Agency on another climbing expedition. This time the mountain is Aconcagua, the highest in South America. His mission is to confirm a report that three Inca golden idols have been discovered and are headed to Venezuelan strongman, Hugo Chavez. Legend says he who possesses them is invincible. Scott's assignment is to prevent that from taking place, but he quickly learns that there are those who will stop at nothing, including murder, to get their hands on the idols.

Join Scott Devlon as he battles not only the brutal elements of the Aconcagua summit, but the determined greed of a murderer in Murder on Aconcagua. The Summit Murder Mystery Series explores murders set on each of the world's seven continental summits, and includes climbing drama, mystery, murder, and intrigue.

" Murder on Aconcagua kept me on the edge of my seat, but that is something I have come to expect from the dynamic duo that is Irion & Watkins! Once again the U.S. Defense Intelligence Agency sends hero Scott Devlon on another mission. This time Devlon is sent to see if three Incan Idols have been discovered as rumor dictates. Aside from the mountain's elements, it isn't long before the reader realizes that greed is a huge factor here, and Devlon will be lucky to come off the mountain alive! The best book in the series to date, the cliffhanger at the end of this one is insane and left me cursing the authors because I want more now!!!" (LateBloomerOnline.com)

What listeners say about Murder on Aconcagua

Another winner in a winning series

What made the experience of listening to Murder on Aconcagua the most enjoyable?

I love how the narrator changes his voice for each character. He is very talented and it made the book more enjoyable to listen to

Definitely! The book was action packed like always, but this time the authors ended the book with one heck of a cliffhanger. The end is so fast paced my head was spinning with keeping up with what was going on. I loved it!

What does Greg Lutz bring to the story that you wouldn’t experience if you just read the book?

Greg Lutz changes his voice for each character and it adds so much to the story!

Yes, and I wish I could have. I had to listen to it in pieces but I didn't want to turn it off when I had to!