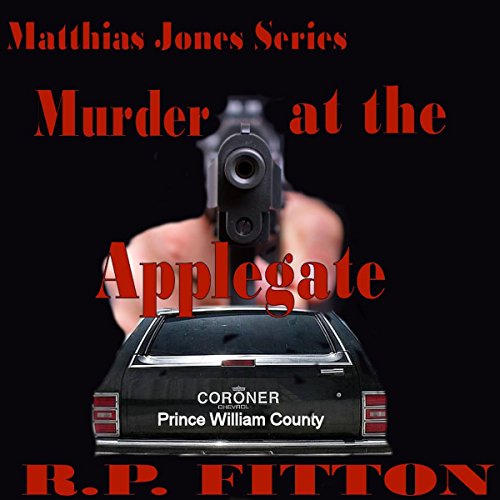 Murder at the Applegate

His father was an investigator who was murdered. Matthias Jones became an athlete and coach, but he solved his father's murder. Hamilton College on the coast of New Hampshire hired him to coach sports, but getting into murder investigations remains his passion. He knows the cops and the district attorney Herbert Lane hates his guts. He's best buds with Cocoa Stefani, a major underworld character and a good friend of parish priest, Father Jim Gallagher. Jones' persistence gains him the upper hand over the cops and the DA - and the murderer.

Mathias Jones's longtime friend Leo Crowley is found dead under a concrete foundation at the Applegate Development in Hamilton, New Hampshire. Bonner Development's unsavory owner Bobby Bonner becomes an immediate suspect because of his activities around the time of Leo's murder. The belligerent attitude of Bonner's construction superintendent Scott Gleason confronts Jones and Cocoa Stefani as they delve into the murder. Dennis Cruchek, who lured Leo out to the site, has disappeared, and Kim Rose, a tall blonde, is seemingly deeply involved in the development. Watching over the development is the pugnacious Red Kroc, a Bonner worker on the site who will pick a fight with anyone. As always District Attorney Herbert Lane tries to block Jones' efforts. Jones finds love with his friend Frannie McShane but needs counseling from Father Gallagher when fate takes a turn for the worse.

What listeners say about Murder at the Applegate