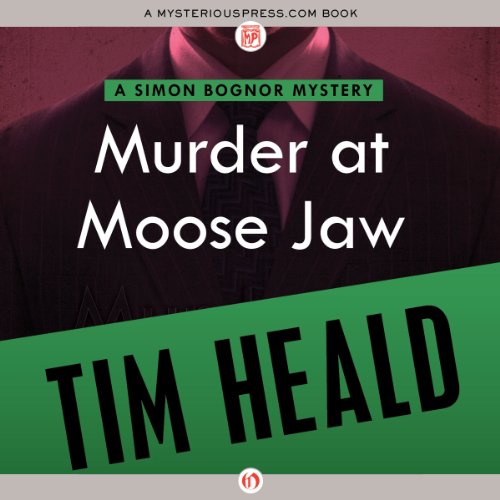 By: Tim Heald
Narrated by: John Lee
Free with a 30-day trial

Bognor braves the frost to discover who has murdered Canada’s richest manIn his lavish private train car, Sir Roderick Farquhar draws a bath. When it has been filled to his satisfaction, the portly captain of industry tips in three drops of bath oil and lowers himself into the steam. Within seconds, the poison in the oil has stopped his heart and ruined Simon Bognor’s winter.

A special investigator for Britain’s Board of Trade, Bognor makes the mistake of believing a Canadian friend’s assurances that Toronto is never cold in November. He is coatless and shivering when he learns the news about Farquhar, an unsavory businessman whom the Board of Trade had previously suspected of drug smuggling, identity fraud, and worse. Sir Roderick had ties to organized crime, pro-Nazi groups, and Amtrak, and Bognor will have to determine which faction poisoned the man’s bath - or shiver to death trying.

What listeners say about Murder at Moose Jaw

this time simon is sent to Canada to investigate a murder. there he meets a royal Canadian mounted policeman who is convinced he knows who the killer is but simon is not so sure.
enjoyed the story very much. the writing is still good as is the performance.