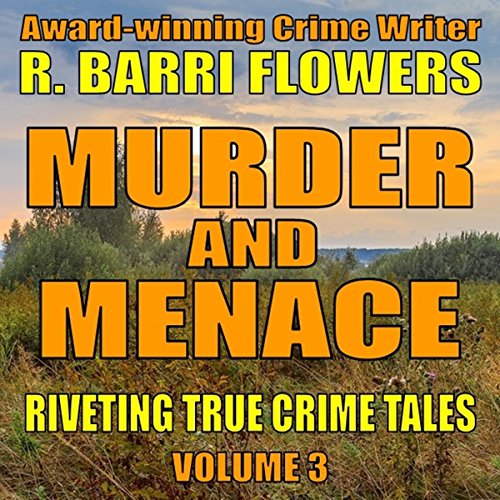 Murder of the Banker's Daughter: The Killing of Marion Parker tells the tragic story of a child's abduction in Los Angeles in 1927, her brutal murder, and the intense manhunt for and capture of a young and elusive killer.

Murder in Calaveras County: The Horrific Tale of Serial Killers Leonard Lake and Charles Ng recounts the vicious crimes of the deadly pair in in Calaveras County, California, during the mid-1980s, including kidnapping, rape, torture, and videotaping their murdered victims.

The Xerox Repairman Mass Killer: The Story of Byran Koji Uyesugi is the disturbing tale of Honolulu, Hawaii's worst mass murder as a disgruntled employee opened fire on coworkers in a tragic case of workplace violence that reverberated around the country.

The "Sinful" and "Folsom Wolf" Killers: The Tale of James Marlow and Cynthia Coffman relives the cross-country rape, robbery, and killing spree of a career criminal and white supremacist and a troubled woman before their terror came to an end.

Murder in Mission Hill: The Tale of Carol Stuart and Charles Stuart is the heartbreaking story of a pregnant Boston lawyer's untimely death, uxoricide, use of the race card to mislead authorities, and the unraveling of the murder mystery to a shocking conclusion.

The Boney and Claude Murders: The Serial Crimes of Alvin Neelley and Judith Ann Neelley tells the twisted story of a serial killer couple who likened themselves to Bonnie and Clyde in the modern era as they tortured and murdered their victims till justice was served.

Included are bonus excerpts from the historical true crime reference book, Murders in the United States, and thriller fiction, along with a complete mystery short story by author.