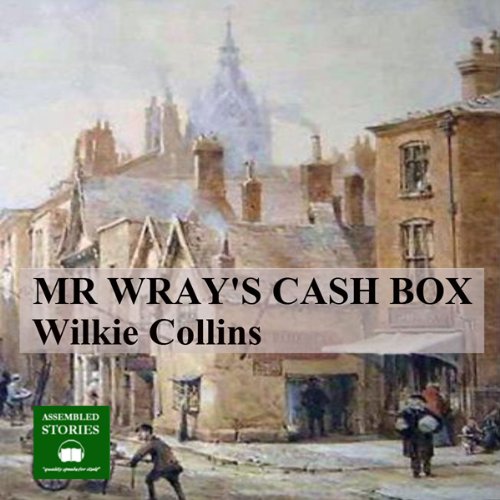 Mr. Reuben Wray, a retired actor who has had little public success, flees Stratford-upon-Avon fearing pursuit by the police. He arrives in Tidbury in the Marsh and sets up shop teaching elocution. Two local villains notice he carries a rather large cash box and attempt to steal the contents. When their plans come to naught and they exact their revenge Mr. Wray is left devastated and it takes Annie, his granddaughter, and her intended, Martin, to rectify the situation. It is Squire Colebatch however, an ex-patron of Reubens, who brings the perfect ending to this wonderful Christmas whimsy.

Wilkie Collins was a good friend of Charles Dickens and like that great man he was a radical freethinker with a passion for the rights of the common man and a disdain for Victorian convention. Both men had a love for the theatre and performed Collins’ novel ‘The Frozen Deep’ [also an Assembled Stories title] as a play, once by Royal Command. The authors’ love of mystery, the works of Shakespeare and his sympathy for the plight of the lower orders come together in this quixotic and very heart-warming tale.

About Assembled Stories: Over the years the national press have reviewed Assembled Stories titles as "excellent", "remarkable", "entrancing", "superb", "magic for sure", "masterly", "wonderful", "a class act" and "a splendid example of audio at its best".

"Peter Joyce is the most remarkable one-man band in audiobook publishing. Joyce, an experienced actor, reads them all himself." (The Independent)