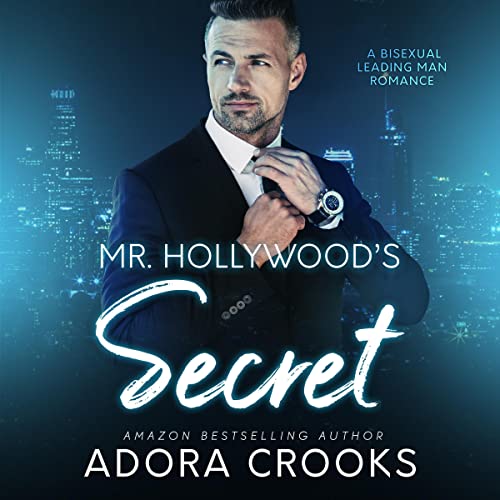 By: Adora Crooks
Narrated by: Nathan Westhoff
Try for $0.00

But he has a secret. His long-time live-in lover and boyfriend, Nico.

In effort to protect his ladies’ man image, his agent concocts a plan to set him up with a fake fiancée.

But Nico isn’t going down without a fight.

And when the three of them are together....

The chemistry is anything but fake.

Note from the author: This is an over-the-top, quick-and-filthy unconventional romance. Enclosed are power plays, older man plus younger man/woman, and enough steamy scenes to keep you up all night....

I really liked this book. It was sexy and funny and sweet. Hot sex scenes without being vulgar.
I would have liked to have multiple narrators in this book - one for each of the characters. I always find it confusing when there is only one narrator and multiple POVs, especially if these are different genders.
I received a free review copy of this book and am voluntarily leaving a review.

3.5 stars
This is a steamy mmf romance. Eric and Nico are a couple, but are hiding the relationship due to Eric career. So they hire Chrys, Nico's friend from college, to be his pretend fiancee.
As their relationship is hidden, it seems to have stalled and although both are happy, you can tell something needs to change.
Eric is a grumpy, alpha male, likes to be in charge and call the shots. I found him hard to like as he was so unwilling to change his ways. Nico is a peace keeper, knowing just what to say at the right time, definitely a likeable and fun character. Chrys is a breath of fresh air for their relationship, she is lively and fun and just what the guys need.
This book is full of steam and the attraction between all 3 is super hot and they can't keep their hands off each other.
So glad we didn't get a stereotypical hea, but it suited the trio.

The narration was OK, easy to listen to, but I wasn't keen on the female voice and the two male voices sounded identical so it was always easy to remember who was talking.

A good MMF fake fiancé story . To help his career his manager suggests he is seen with a female although he’s not happy they end up having feelings for the female . A new author and narrator to me and I enjoyed listening.

This book honestly just made me happy.

I was smiling ear-to-ear throughout!

Eric & Nico have been in a relationship for some years now. However, due to Eric’s career as a leading Hollywood actor, he’s kept this relationship and his sexuality a secret. For PR reasons, it is decided he needs a fake fiancé, who’s a woman, to keep his secret going, and because, it’s starting to get a little bit suspect that at his age he’s still single… Queue, b-list actress and Nico’s best friend, Chrys Hudson. This tumbles into a triad, poly relationship.

I loved the characters, and was so engaged in the story from page 1. We got sweet moments, we got steam, we got chemistry. I truly enjoyed reading this book.