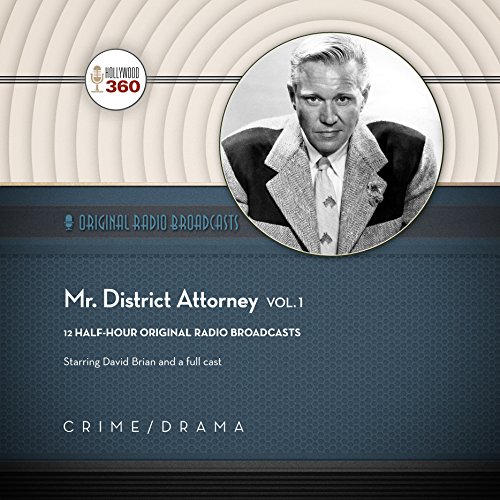 By: Hollywood 360 - producer
Narrated by: full cast
Free with a 30-day trial

Mr. District Attorney came to radio in 1939 and focused on a crusading DA named Paul Garrett. Created, written, and directed by former law student Ed Byron, the series was inspired by the early years of New York governor Thomas E. Dewey. It was Dewey's public war against racketeering that led to his election as governor and enabled him to run for the presidency of the United States.

Phillips H. Lord, the creator of Gang Busters, helped Byron develop the concept and coined the title. Dwight Weist was radio's first Mr. District Attorney. With the help of his sidekick, Len Harrington, and his secretary, Edith Miller, Mr. District Attorney proved each week to be "champion of the people - guardian of our fundamental rights to life, liberty, and the pursuit of happiness!"

Near the end of its radio run in the early 1950s, the series made a transition to television, with the current radio cast reprising their roles.