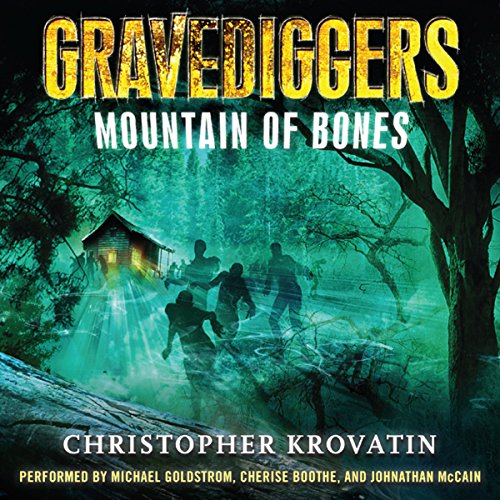 Ian was the one who chased the majestic buck into the forest. (His motto: act first, think later.) Kendra didn't want to become separated from the other sixth graders, but she followed Ian anyway, despite what her analytical mind told her. PJ followed him too. Even though he was scared, he figured he might catch some amazing footage with his video camera.

They all hoped to return to the hiking trail before anyone noticed they were gone. However, the mountain had other plans for them: dark, sinister plans that only nightmares are made of.

This first audiobook in the Gravediggers series is a scary, mysterious, wild ride that will thrill listeners to the very last minute.