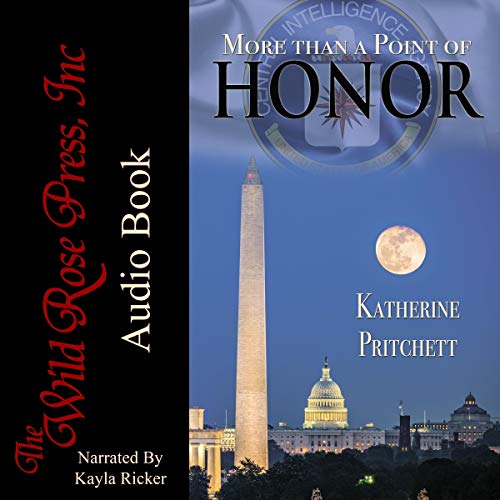 More Than a Point of Honor

More Than a Point of Honor

By: Katherine Pritchett
Narrated by: Kayla Ricker
Free with a 30-day trial

When his wife dies in his arms during a terrorist attack, American diplomat Richard Matthews walks away from diplomacy, vowing to bring to justice the man responsible or her death.

His quest pits him against Robert Adler, the head of the CIA field operations.

As Richard gets closer to finding a witness to testify, Adler plants Terra McIntyre to serve as Richard's assistant.

But just like black market TNT, unpredictable and volatile, Terra could bring either man down.

Who is in more danger? Or is she a hazard to both.

What listeners say about More Than a Point of Honor

Well-written, held my attention throughout!

Kayla Ricker did an excellent job narrating and bringing the characters to life.

The stakes are personal.

Richard Mathews, a former diplomat, now a successful novelist , seeks justice for his wife’x murder. Robert Adler, a CIA spy chief thrives in manipulating his underlings and the world around him. His goal is find and terminate Mathew’s contacts that could take down Adler.

Now Adler has a new plan to set a tender trap for Mathews. Enter Terra McIntyre, a beautiful, ambitious young woman whose job is to learn Mathews every move. And if they fell in love?