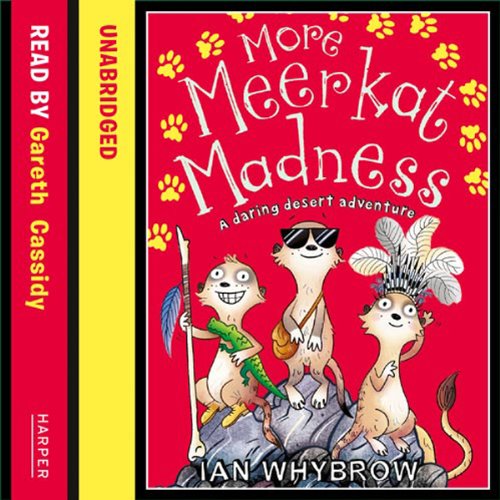 By: Ian Whybrow
Narrated by: Gareth Cassidy
Try for $0.00

Wup! Wup! Wup! Action stations! The Really Mad Mob of meerkats is on the move again in another animal antics adventure.

Mimi, Skeema and Little Dream are unhappy when Uncle invites a fluffy, stranger to join the Really Mad mob. So when Little Dream dreams that their missing mama is calling him, the kits set off to search for her. But a lost lion cub has other plans for them.

Join the meerkat kits on a crazy adventure across the Kalahari desert, from the creator of Harry and the Bucketful of Dinosaurs.