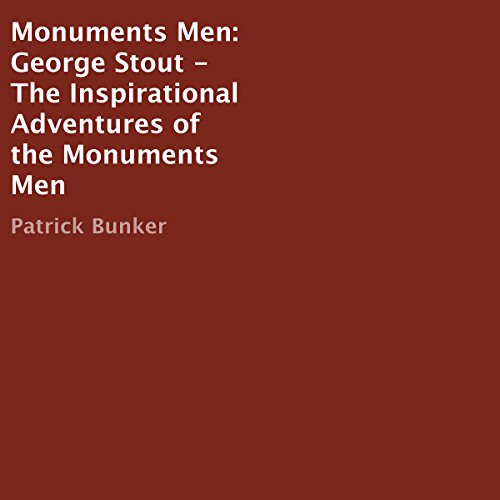 This book was created to teach the people of the world about George Stout and his inspirational life story because it can provide anyone with a better idea of their own culture and historical significance. George has been dead for many years and people are just beginning to discover the great impact this man has made, due to a renewed interest in cultural history. There are still many important cultural artifacts that are in danger today and George's work is sure to inspire the next generation of Monuments Men. George is referred to as one of the Monuments Men because that is the name of the group that he served with during most of World War Two.

Monuments Men have an understanding of important cultural monuments and works of art around the world. They take action during times of conflict to ensure that these cultural items are not damaged or destroyed by working with the United States Armed Forces. A person does not have to be an American to be in the Monuments Men, but George and most of the Monuments Men were Americans. Many years after World War Two, a movie was made about George Stout and a number of other influential Monuments Men. This movie was made in 2013 and it featured George Clooney, Matt Damon, Bill Murray, and John Goodman. George Clooney directed the movie and he also played the role of George Stout. He took a personal interest in Stout's story and this inspired him to share this important story with the world.