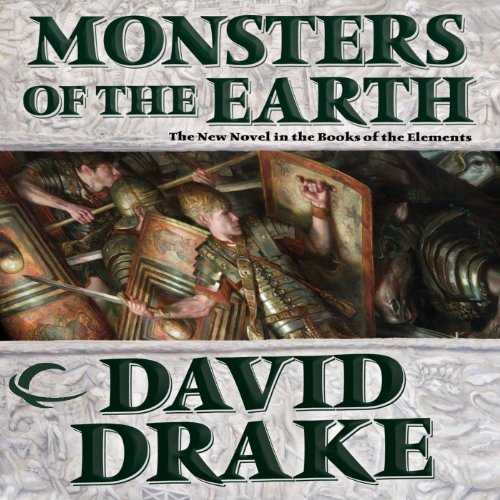 Monsters of the Earth

By: David Drake
Narrated by: David Ledoux
Try for $0.00

Governor Saxa, of the great city of Carce, a fantasy analog of ancient Rome, is rusticating at his villa. When Saxa's son Varus accompanies Coryluson a visit to the household of his father, Crispus, a retired military commander, Saxa graciously joins the party with his young wife Hedia, daughter Alphena, and a large entourage of his servants, making it a major social triumph for Crispus.

But on the way to the event, something goes amiss. Varus, who has been the conduit for supernatural visions before, experiences another: giant crystalline worms devouring the entire world.

Soon the major characters are each involved in supernatural events caused by a struggle between two powerful magicians, both mentored by the deceased poet and mage Vergil, one of whom wants to destroy the world and the other who wishes to stop him. But which is which? There is a complex web of human and supernatural deceit to be unraveled.

This new novel in David Drake's ongoing chronicles of Carce, The Books of the Elements, is a gripping and intricate work of fantasy.

What listeners say about Monsters of the Earth