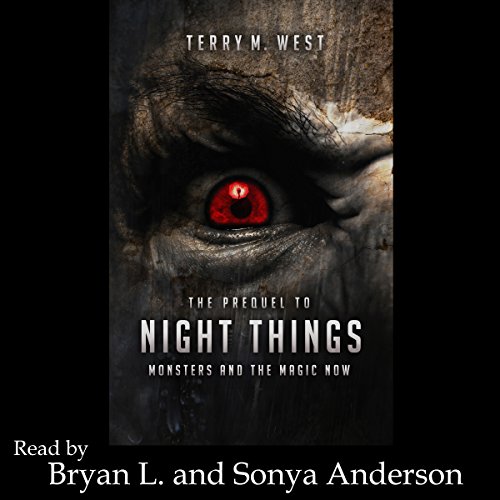 Monsters and the Magic Now

Heroin to Monsters in the Magic Now is a dark and personal tale by Terry M. West.

Heroin to Monsters in the Magic Now explores pain and hell. The story is set in a dark, make-believe New York. The Night Things have climbed onto our shores from the shadows and they are now part of the system.

Gary Hack, a down on his luck exploitation film director with an appetite for heroin, finds himself working in the dangerous world of monster fetish videos. Gary is made an offer he can't refuse by Johnny Stucke, an immortal crime boss. The video Johnny envisions could be the greatest zombie fetish film ever created. But it could also ignite an apocalypse that could destroy the city.

What listeners say about Monsters and the Magic Now

Monsters and the magic now

Not for me.Gritty ,personal tale.Bryan L Anderson was an ok narrator.I was given this free review copy audiobook at my request and have voluntarily left this review.

got bored with it right away

didn't even finish it. the title says it all. now I am just filling in this part cause they wanted a minimal of 15 words

This was a gritty paranormal book. Main character produces adult films, plus a little violence. It was interesting and different story line. It was good.