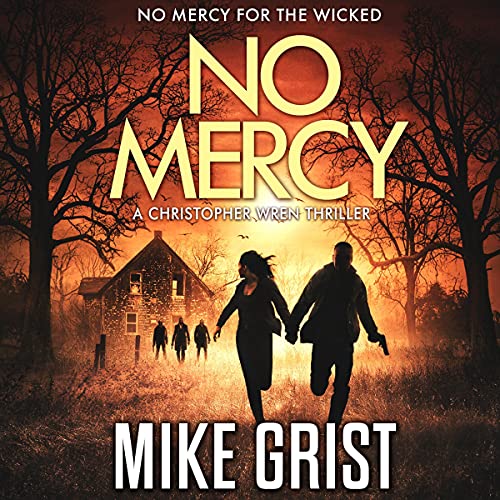 By: Mike Grist
Narrated by: Nick Cracknell
Try for $0.00

A murder in rush hour Detroit. A dark internet hack that brings America to its knees. One man with everything on the line.

Rogue CIA agent Christopher Wren has hunted the Blue Fairy for months - a cruel cabal stalking innocents on the darknet - but they've evaded him at every turn. Now, an anti-Blue Fairy activist is dead, two more have been abducted, and Wren alone knows what it means.

The monsters are crawling out into the light.

Soon, a merciless darknet attack cripples the nation's infrastructure while a brutal Blue Fairy army rises, leaving Wren and his brilliant lieutenant Sally Rogers fighting for justice alone, with one thing for certain:

There will be no mercy for the wicked.

"Addictive, intelligent writing, as urgent and gripping as it gets." (Oliver Harris, best-selling thriller author)

"A gripping story that will stay with you well after the last page is turned." (Mark Parragh, best-selling thriller author)

Listen today to plunge into the fight for America's soul in this action-packed book series with an incredible hero.

What listeners say about No Mercy

Over the top twisted!!!!

Mike Grist knocks it out of the park with this second Christopher Wren thriller. I was hooked from the opening lines. I will say that reading the first book will help with the emotional upheaval of this one. There is a twist and potential failure at every corner of this journey. Christopher and his coin folks are amazing and scary all rolled up into one. Nick Cracknell does a stellar job of bringing the emotional and personal and political angst of this book to life. I am going stop here as I am opposed to spoilers. I highly recommend this series. Mike Grist writes incredible dark stuff. If dark isn't up your alley leave this series alone.

A beautifully done auto version of the book "Monsters." If you are looking for an exciting story that will haul you in and not let you go, then this is it. There is non stop action, excitement and terror. I felt as if I was there in the mix of this terrifying story.

This second novel finds Wren and his specialized team of misfits racing against time to bring their brand of vigilante justice as they unravel a ring of child traffickers.

Have now read the first two books in the series. This one seemed very similar to the first leading me to wonder if the author is working to a formula. Didn't like the underlying subject matter, paedophilia, and nearly gave up because of it. I'm going to try one more book and if it confirms the formula theory it will be the last from this author..

So book two in the series and I think better than the first. The narration is good and the story is excellent. I think listening to the first one helped though as well.