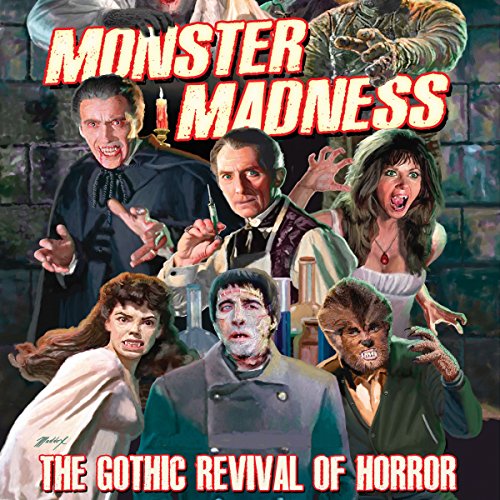 Part three of a multi-part series with distinguished actors, directors, writers, composers, and special effects mavens examining the history of the horror, fantasy, and science fiction films from the groundbreaking silent 1920s through the Golden Age of Universal, the Silver Age of Hammer and up through the 1980s and beyond. The popularity of the Drive-In Theater peaked in the '60s with over 4000 in operation across the U.S. Samuel Z. Arkoff, Roger Corman, and others made films like I Was a Teenage Werewolf, Reform School Girl and Teenage Caveman specifically for teens at the Drive-In Movie Theater. In the same time frame, Hammer Films became known for a series of Gothic "Hammer Horror" films made from the mid-'50s until the '70s. Hammer also produced science fiction, thrillers, Film noir, comedies and in later years, television series. Hammer made stylized movies utilizing quality British actors and cleverly designed sets. During its most successful years, Hammer dominated the horror film market worldwide.

What listeners say about Monster Madness: The Gothic Revival of Horror