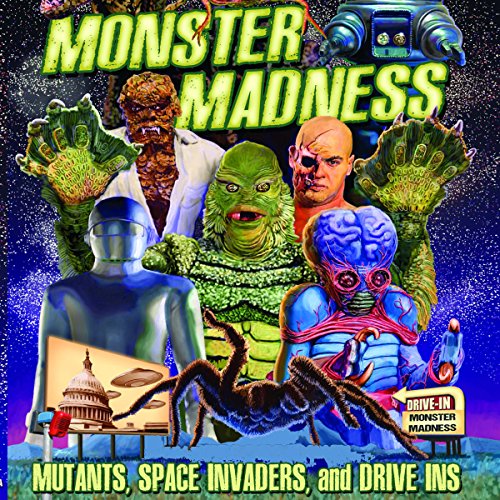 Part two of a multi-part series with distinguished actors, directors, writers, composers, and special effects mavens examining the history of the horror, fantasy, and science fiction films from the groundbreaking silent 1920s through the Golden Age of Universal, the Silver Age of Hammer and up through the 1980s and beyond. Mutants, Space Invaders and Drive-Ins takes you into the 1950s and the Golden Age of Sci-Fi films. Many of these films were born out of the fear of atomic war and paranoia about UFO's and the McCarthy anti-communist crusade. Covered are legendary films like The Thing, Forbidden Planet, Invasion of the Body Snatchers, This Island Earth, Plan 9 From Outer Space, and many others. Includes a tribute to Forrest Ackerman, the legendary editor of Famous Monsters of Filmland magazine and the man credited with coining the term "Sci-Fi".

An interminable opening theme and a female who periodically pops in to offer poorly articulated comments in a nasal voice detract from the overall production. This really badly needed a stronger producer.

Too, it would have been nice to have someone announce the major speakers, so the listener could keep them straight.