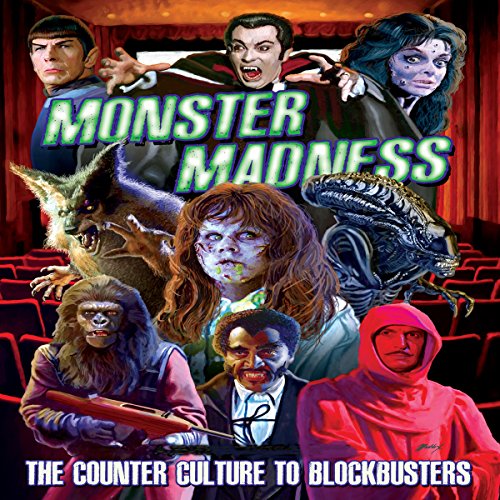 Part four of a multi-part documentary series with distinguished actors, directors, writers, composers, and special effects mavens examining the history of the horror, fantasy, and science fiction films, from the groundbreaking silent 1920s through the Golden Age of Universal, the Silver Age of Hammer, and up through the 1980s and beyond. This program begins with the late 60s era "Blacula" and Splatter films; then moves on to the cinematic evolution of the 70s with The Invasion of the Body Snatchers, The Planet of the Apes, The Exorcist, and the films of the great Stanley Kubrick; and then concludes with the apex of the 80s including Alien, Star Trek, The Howling, and more! Collect all four chapters in the Monster Madness series and enjoy never-before-seen interviews and fun-filled facts about the stars, the producers, and the movies that made America want to go to the theater!

What listeners say about Monster Madness

Meant to be watched, not listened to in a book

You can tell this is a TV show because there are lots of spots where you are hearing parts of movies, or just music. It's an interesting subject, but harder to follow when you can't see what is going on.
My advice would be to find the video instead.