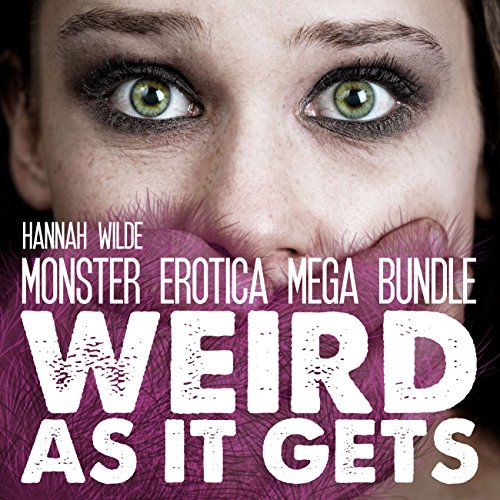 Monster Erotica Mega Bundle: Weird as It Gets

Monster Erotica Mega Bundle: Weird as It Gets

When Kara answers an ad looking for a "perfect 10" farmhand, she's skeptical about the services required, especially when the pay is $5,000 a month.

Beth loves exploring those hard-to-find vintage shops, feeling the rush whenever she discovers a hidden gem among the piles of strange, old junk. But when Beth takes home a box of small green creatures from a mysterious sex room, she may have gotten more than she bargained for.

The first astronauts were not men but monkeys fired off into space and then left for dead as their vessels continued on and on into the great unknown. But what would happen if, 60 years later, one of those ships came back?

When McKenzie's museum acquires the first exhibition of a mysterious Martian asteroid, she's more than a little stressed. Surprisingly, though, the glowing green rock seems to have the exact opposite effect, making everyone who comes in contact with it calmer, happier...and hornier.

Anna is a sexy, young developer at one of the world's leading toy companies, Toy Link. The company has been having problems with some of their newest toys, and when it comes to light that the new office has been built on the site of an ancient native burial ground, Anna starts to wonder if the two are related.

When Mary receives a mysterious letter requesting her presence at an old Hollywood Hills mansion, she has no idea how much her life is about to change.