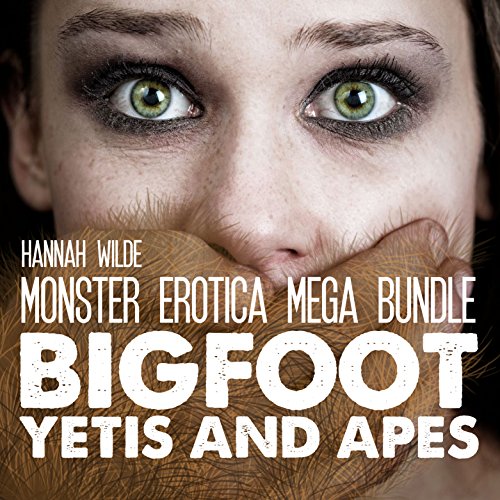 After stories around the campfire of the mythical bigfeet, Alexa can't help but find herself intrigued by what could be lurking out in the wilderness. But when one of the creatures picks up her scent, she ends up kidnapped by the monstrous clan.

As Kate and her team of explorers descend deep into the heart of the jungle, they are being watched. Could it be the legendary apemen?

Kate soon finds out after coming face to face with the entire pack. She quickly learns that the apemen have a prophecy regarding the appearance of a beautiful outsider like herself; and a plethora of sexual rituals that must be performed.

Christina is thankful that she got out of Florida, having made a name for herself as a young model in big city New York. But that doesn't excuse her from taking trips home to see her family every now and then.

Hot Bundle good for the imagination

Nicely narrated and story line was good. Vivid sex scenes that you can follow and allow your imagination to take over.