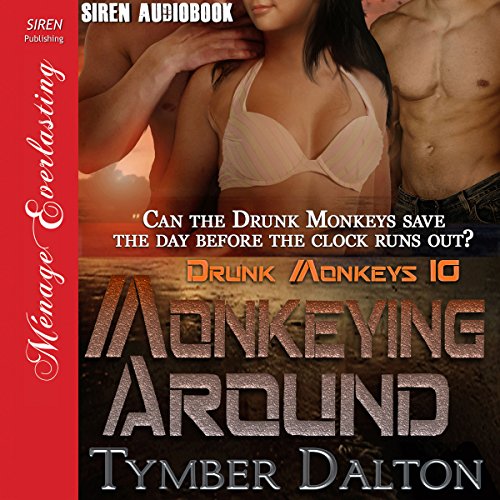 By: Tymber Dalton
Narrated by: Audrey Lusk
Try for $0.00

Can the Drunk Monkeys save the day before the clock runs out?

Tank isn't a student, a hacker, or 22 years old. The major is a deep-cover military intel officer, and she's got orders to help save the world. That means protecting the group of student hackers she's embedded with.

Initially, Papa and Alpha aren't sure what to make of Tank, until they learn the truth about her identity. Monkeying around takes a backseat to stopping an apocalypse, and the world isn't safe from Kite just yet.

Time's quickly running out - and not just for the human race. Reverend Silo and President Kennedy might both be about to reap what they've sown as General Arliss sets his plans into motion. And when the final pieces are moved into position for an epic showdown, Papa and Alpha realize that surviving an apocalypse is nothing compared to overcoming their greatest challenge yet - Tank's father.

The books in this series are best listened to in order:

What listeners say about Monkeying Around

This series was all encompassing. apocalypse, romance, military strategy, and families. should be t.v. show.