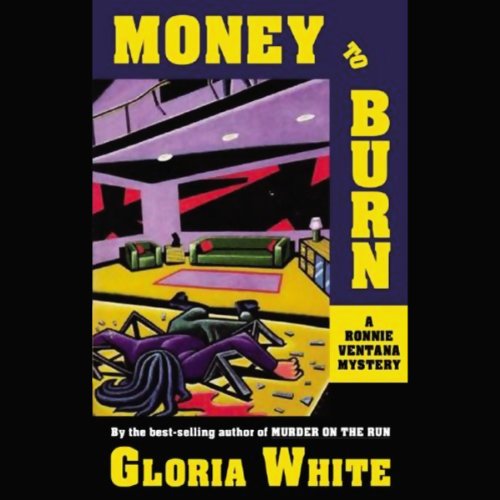 She's a burglar's daughter and a first-rate private investigator. And if the tools of Veronica Ventana's trade include a Ph.D. in lock-picking, thank her parents, the infamous Vintners, who made cat burglary a class act.

It's 3:30 A.M. when Bink Hanover bursts into Ronnie's apartment reeking of liquor and fear. Outside are four Uzi-toting thugs and a femme fatale who have chased him to her door. Before you can say "safe house", Ronnie recruits Blackie Coogan, ex-boxer and over-the-hill P.I. Then she's off to find the woman whom Bink calls the "Black Widow", whose previous well-connected lovers have all come into sudden riches: and sudden death. Now Ronnie is bull's-eye in a nasty high-stakes game. From San Francisco's bedrooms to its boardrooms, she's racing to catch a killer before the killer catches her.

"Carol Cowan's reading of this mystery is one of the best dramatic monologues on tape. Listeners will be captivated by an undulating, dynamic mystery. Highly recommended." ( Bookwatch)
"Carol Cowan delivers a bravura performance....Her vocal characterizations are delicious, and her scene transitions are flawless. Cowan brings new meaning to the term 'theater of the mind.'" ( AudioFile)