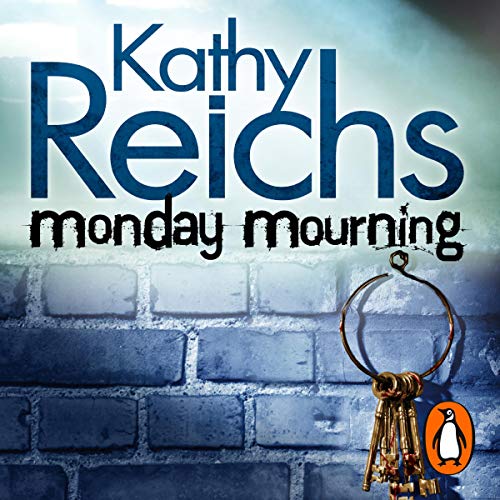 By: Kathy Reichs
Narrated by: Michelle Pawk
Try for $0.00

Temperance Brennan, forensic anthropologist for both North Carolina and Quebec, has come from Charlotte to Montreal during the bleak days of December to testify as an expert witness at a murder trial.

She should be going over her notes, but instead she's digging in the basement of a pizza parlor. Not fun. Freezing cold. Crawling rats. And now, the skeletonized remains of three young women. How did they get there? When did they die?

Homicide detective Luc Claudel, never Tempe's greatest fan, believes the bones are historic. Not his case, not his concern. The pizza parlor owner found 19th-century buttons in the cellar with the skeletons. Claudel takes them as an indicator of the bones' antiquity.

But something doesn't make sense. Tempe examines the bones in her lab and establishes approximate age with Carbon 14. Further study of tooth enamel tells her where the women were born. If she's right, Claudel has three recent murders on his hands. Definitely his case.

Detective Andrew Ryan, meanwhile, is acting mysteriously. What are those private phone calls he takes in the other room, and why does he suddenly disappear just when Tempe is beginning to hope he might be a permanent part of her life? Looks like more lonely nights for Tempe and Birdie, her cat.

As Tempe searches for answers in both her personal and professional lives, she finds herself drawn deep into a web of evil from which there may be no escape. Women have disappeared, never to return...Tempe may be next.

With its powerful mix of nail-biting suspense and cutting-edge forensic science, Monday Mourning is the best yet from this superbly gifted, megastar author who, as New York Newsday says, is "the real thing".

"What's best about Reichs, and often unappreciated in reviews, is not the informative detail that she brings to Tempe's forensic sleuthing, though that's certainly engrossing. It's the same well-observed detail and incisive analysis applied to other aspects of the story." (Publishers Weekly)

What listeners say about Monday Mourning

Shame I didn't realise it was abridged

This isn't bad, but it's missing 5 hours or so of the story. Sorry to have wasted a credit. Would return if I could.

sometimes its comforting to know what youll be getting, but i really do feel that Kathy Reichs books are all becoming very samey

I'm working my way through Kathy Reich's books in order, so I know her books can be quite graphic and gory. I've enjoyed the previous books but I found Monday Mouring hard going due to the references to hard core torture.


if you're easily upset by women and girls being tortured, this book is best avoided. I would have skipped this book if I had known.

This story falls into the usual good standard you would expect from Kathy Reichs. Another good solid story to enjoy.