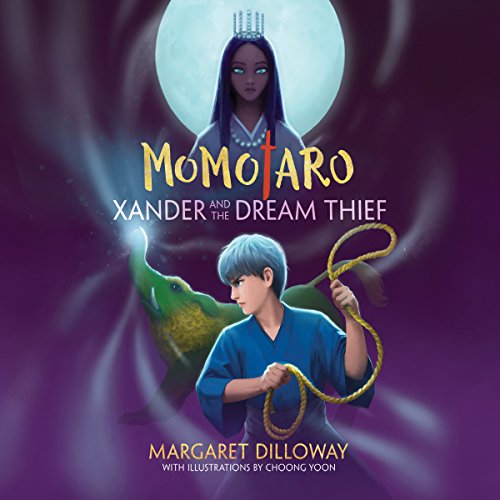 Momotaro Xander and the Dream Thief

By: Margaret Dilloway
Narrated by: Chris Patton
Try for $0.00

Xander Miyamoto should be feeling great. It's the beginning of summer vacation, his mother has returned from a long absence, and he has learned that he is Momotaro, a warrior with special powers. But instead of reveling in it all, Xander is plagued by questions and nightmares. To chase at least the nightmares away, Xander's grandmother gives him a special baku charm - but he must not to rely on it too much. If he does, the baku will take the dreams of everyone in the house away forever. And, if that happens, there will be no hope, no imagination, and no Momotaro - which would make it far too easy for Ozuno, the king of the monstrous and chaotic oni, to wreak havoc on the world.

What listeners say about Momotaro Xander and the Dream Thief