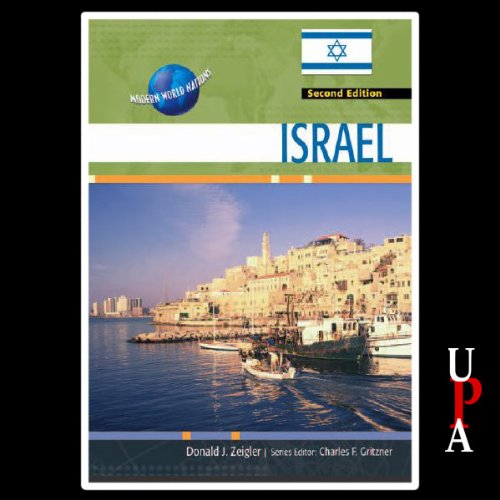 By: Donald J. Zeigler
Narrated by: Sherri Berger
Try for $0.00

Since the establishment of the state of Israel in 1948 by a United Nations mandate, the Middle East has been a flashpoint of conflict between the world's only Jewish state and the Palestinians, who lost their land because of the UN partition. Although peace agreements were signed with Egypt in 1979 and Jordan in 1994, Israel's relationships with Lebanon and Syria continue to be strained, owing to those countries' ties with the Islamic political party Hezbollah, and its relationship with Palestine continues to be marked by violence. Despite the ongoing conflict with Palestine, Israeli troops and settlers vacated the Gaza Strip and parts of the West Bank in 2005.

This ready-reference volume explores the culture, geography, economy, and government of the state of Israel. The book is published by Chelsea House Publishers, a leading publisher of educational material.

"[T]his is one of the better books recently published about Israel." ( Jewish Book World)

I learned a lot

This book shares a lot of information quickly which I really appreciated. It was very factual and I really like that.