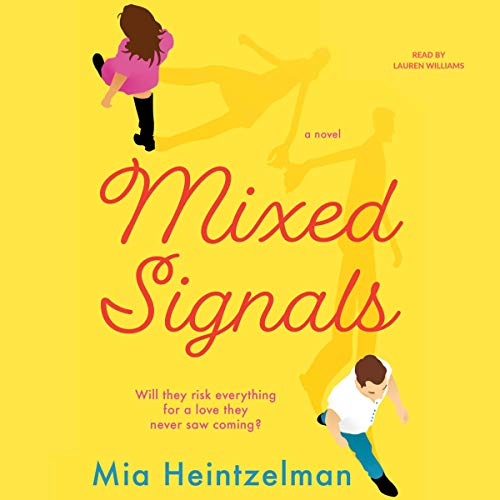 By: Mia Heintzelman
Narrated by: Lauren Williams
Try for $0.00

She knows all about smoke and mirrors. He sees right through her. Will they risk everything for a love they never saw coming?

When corporate banker Julie Laurich gets stuck in traffic beside the man of her dreams and promptly forgets how to use adult words, it's typical. When the universe merges their lanes again and she runs into him a second time at the gym, it's anything other than matter-of-course.

The adorably sexy guy in the black truck proves Nico Farfalla could have been the perfect candidate for a hot rebound. That is, until he opens his mouth...

Julie doesn't even know him, and already she pre-hates him. And because her universe is apparently blind to all the warning signs, Nico's chances keep on coming. Their paths continue to cross, and soon, Julie discovers he is not what she thought. As much as she doesn't want to put any stock into Nico's words, every second she spends with him blurs the lines.

Before long, Julie's attempts to keep her distance from Nico and focus on work are blocked when she's assigned to his elementary school classroom for a community program. Their chemistry is undeniable and unyielding. So, when the opportunity for a major promotion in a new city lands in her lap, Julie must decide: Is a love she never saw coming worth the risk of her career?

With Mia Heintzelman's "funny and heartwarming" (author D.W. Marshall) voice, Mixed Signals is a romance for anyone who has ever had to look beyond the surface to find love.

What listeners say about Mixed Signals