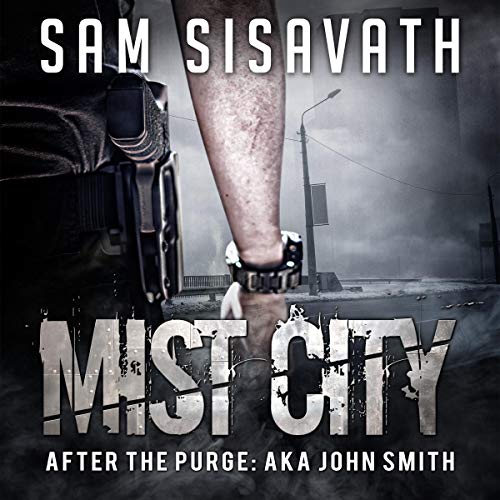 By: Sam Sisavath
Narrated by: Zachary Zaba
Try for $0.00

A shooter without a target.

The man who calls himself John Smith once had a reason to fight: He was committed to a crusade he was willing to kill and die for. Trained by one of the best gunmen alive, Smith’s natural instincts with a handgun were honed to almost perfection.

But after suffering a devastating loss, Smith has turned his back on everything he once believed in. Now, Smith wanders post-Purge America, crossing paths with other survivors - some good, some bad, and some...unknown - while dealing with the monsters that still lurk in the darkness, forever waiting for unsuspecting prey.

Smith doesn’t go out of his way to find trouble, but no one who has gone up against him has done so more than once. One of these days, he might find something to believe in again, but until that time comes, cross John Smith at your own peril.

Mist City is a post-apocalyptic Western and is the first in a series of planned story-lines starring an old breed of hero made for a new kind of world.

What listeners say about Mist City