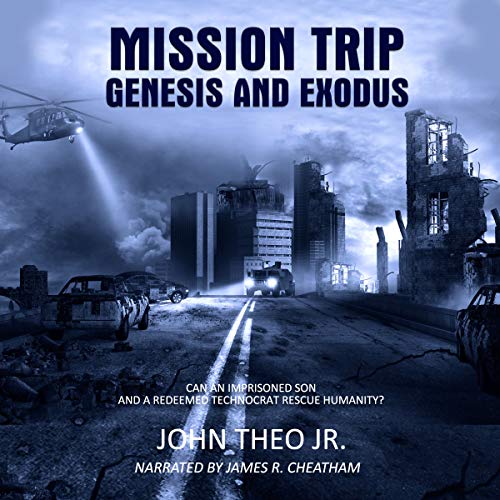 In 2077, doctor Kyle Faison remains trapped on the West Coast of New America with a group of villagers he came to help. His father, Landon, races from their hidden underwater city to rescue his son. When Kyle goes missing, Landon tracks him to the city of New Sacramento, where a charismatic leader holds him captive. Landon must find a way past an army of soldiers to reach Kyle before the onset of another nuclear war.

The origin of the underwater city known as the Atoll is revealed in a prequel flashback woven throughout the story.

In 2040, technocrat Josiah Saunders has wealth and power and invests much of his resources into life extension technology. He ruins countless lives trying to reach this goal. The combination of a hostile takeover by his competitor and a failed assassination attempt sends Josiah fleeing into the subway system of New York where he is attacked and left for dead. The narcissistic man soon realizes God has other plans for him, but first he must be broken and rebuilt as a new creature.

What listeners say about Mission Trip: Genesis and Exodus

A great series for kids & adults. Wonderful way to present the gospel, along with action. James R Cheatham did an excellent job reading. Hope John Theo Jr. had him read all his books.