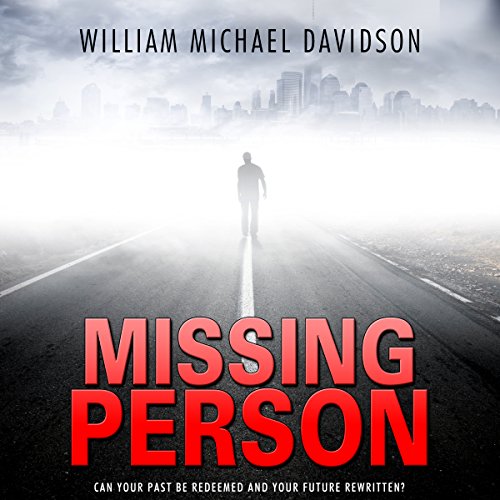 Brett Cole is one of the nearly 3,000 Americans who go missing every day; however, in Brett's case, he disappears willingly. Thirty years old and disillusioned, he packs his bags (including his Smith & Wesson) and vows to reach Mexico.

Halfway there, Brett stumbles upon a kidnapping and FBI Special Agent Hayden makes it clear that Brett has stumbled upon something far greater: Operation Ethereal (OE), an ultra-secret branch of the FBI in operation since the Hoover Administration, "took" Brett as a young boy because of his ability to pick up timeprints, impressions of the past. After erasing memories of the first eight years of his life, OE reinserted him into society for observation. Now that he has gone off the map, they want him back in their custody.

As Brett flees from the FBI, he must come to terms with his newly awakened gift and what it means. Can his past be redeemed and his future rewritten?

What a great story. I enjoyed it from beginning to end. Only issue I had was the reader mispronouncing Oregon.
I would recommend that book and audiobook to anyone.
This audiobook was provided by the author, narrator, or publisher at no cost in exchange for an unbiased review courtesy of AudiobookBoom dot com.

I enjoyed this book. I have always liked books where people do not think they have meaning in the world. Oh, but wait, they do. No matter who you are. A little strange but fascinating work and all turns out good in the end. But, getting to the end is the fun part.

The title, "Missing Person," is misleading. It sounds like a simple police procedural mystery, and this is certainly not that. It's a thriller about a long running, totally immoral, black ops program that has ruined scores of lives.

Bret Cole can't remember the first eight years of his life due to, he's been told, a head injury he incurred during the accident that killed his parents. Since the day he woke up in that hospital bed 22 years ago, he's been told he's a failure by nearly everyone. Now he's ready to fold his cards, head down to Mexico, and probably kill himself. But first he wants to visit a high school friend and collect that kiss he missed out on. On the way to see Chelsea, he overhears a double murder and kidnapping. He reports it, and soon he finds himself running for his life. Who's after him?

Would you believe the FBI?

As it turns out, everything Bret thinks he knows about his early life is a lie. He's not Bret Cole, he's not going crazy, and his greatest failings are actually his greatest strengths. It's time for him to step up and be the person he was meant to be.

"This audiobook was provided by the author, narrator, or publisher at no cost in exchange for an unbiased review courtesy of Audiobook Boom"

Firstly I was provided with this audiobook by the author/publisher via audiobookboom dot com in exchange for a unbiased review. Thank you or this.

I found Missing Person to be a very engaging story. Whilst I liked the premise of the story itself, what I enjoyed most of all were the characters in the book. Brett Cole is a man troubled by a past he doesn't remember and which he lost at the hands of Operation Ethereal (although he doesn't realise that).

The story had plenty of twists, a fair amount of action, but again, for me the character development, dialog and character interaction was stronger than the plot and that is what really drew me into the story.

A great read, and I will be looking for my next William Michael Davidson book to read.

A good thriller wraped in a blanket of paranormal.

I enjoy these types of books. Liked all the characters ( except the bad guys of course). I liked hoe the past and present were linked together and who doesn't like a happy ending.

Unusual mystery. Creative plotline. Subdued and slow building. Took me a bit to get into the story. While there is action and suspense it's a spread out. Action and intrigue, then a lull, more action and intrigue then a lull. Several unexpected twists and turns keep the story interesting. Although it was an entertaining listen it is definitely not a faced pace mystery/suspense story.

Brett's whole life has been affected by OE, Operation Ethereal he just doesn't know exactly how much. As the story of Brett's life is slowly unraveled he is in for several life altering revelations. Not only has his life been affected but so have the lives of those around him.

Rich Vicar does the narration for the story. He does a pretty good job. Pleasant voice easy to listen to. Clearly spoken. Not much difference between male and female characters. He needs to put a bit more emotion into the action scenes. Overall though his narration style was enjoyable.

Mt. Davidson delivers with this book. Definitely a must read if you like lots of action melded with plenty of twists and turns. There is plenty of suspense to keep you on the edge of your seat and keep you guessing. Just when you think you have it figured out, the author throws in a twist that keeps you drawn in. To enjoy this book, you must be able to suspend reality and allow the author to take you for an exciting and action packed ride.

Rich McVicars' performance was very well done. He performed each character as I feel they should been and he provides each with their own unique voice and personality. He has excellent tone, pace and inflection and accuractely provides the correct emotion that is required.

If you could sum up Missing Person in three words, what would they be?

Yes, it kept shifting -- just when I thought I had it figured out - I didn't!

Have you listened to any of Rich McVicar’s other performances before? How does this one compare?

No but I thought he did a great job and will seek him out in the future.

There were about 10 different twists involving the main character and the supporting cast. To tell about them would ruin the fun of listening to this book. I started this book with low expectations and after getting through the first few chapters I found myself sitting in my car after I reached my destinations not wanting to quit listening. Very pleasant surprise!

I received this book free through Audiobook Boom! but I feel it is definitely worth a credit.

"This audiobook was provided by the author, narrator, or publisher at no cost in exchange for an unbiased review courtesy of Audiobook Boom"