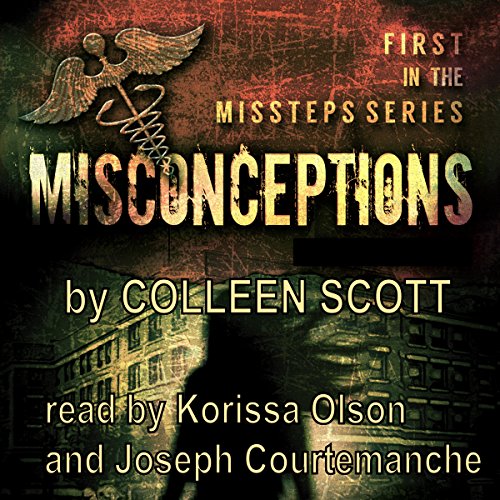 By: Colleen Scott
Narrated by: Joseph Courtemanche,Korissa Olson
Try for $0.00

It's mysterious. And she's too curious.

In this pro-life Christian romantic suspense novel, it's the near future. Dominique, an investigative TV news reporter, is sent to solve the mystery of why the birthrate in the United States has dropped precipitously...everywhere except a few small pockets. Undercover at an Ohio hospital, she sidesteps oddly incompetent police and finds herself in a stew of kidnappings and murder threats.

Her investigation takes a radical turn when she meets Dr. Joseph Armstrong. His attention makes her heart flutter, but his theory about the birthrate decline makes her heart stutter. It's too strange to even consider, but it's her only lead. Is it romance or a mismatch?

Dominique follows the trail into the dangerous underworld of black-market adoptions as Joe and his family are unwittingly drawn into the web of deceit and murder. And when the truth comes out, more than just her story is on the line.

"Colleen Scott has crafted a riveting story that pulls you in from the [beginning] and leaves you hungry for more." (Christy Award-winning author Tom Pawlik)

What listeners say about Misconceptions

This suspense novel grabbed my attention right off, made me wonder why only Christian women seemed able to get pregnant. But what was happening to them and their babies? It’s a story of family conflicts, forgiveness and finally redemption.