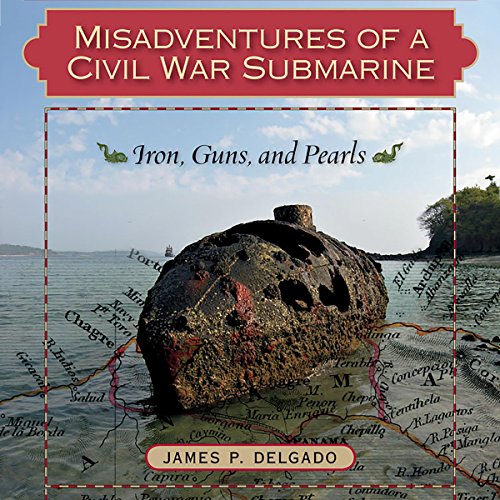 Misadventures of a Civil War Submarine: Iron, Guns, and Pearls

In 2001, while vacationing on Panama’s Pacific coast, maritime archaeologist James P. Delgado came upon the hulk of a mysterious iron vessel, revealed by the ebbing tides in a small cove at Isla San Telmo. Local inquiries proved inconclusive: the wreck was described as everything from a sunken Japanese "suicide" submarine from World War II to a poison-laden "craft of death" that was responsible for the ruin of the pearl beds, decades before.

His professional interest fully aroused, Delgado would go on to learn that the wreck was the remains of one of the first successful deep-diving submersibles, built in 1864 by Julius H. Kroehl, an innovator and entrepreneur who initially sought to develop his invention for military use during the Civil War. The craft’s completion coming too late for that conflict, Kroehl subsequently convinced investors that it could be used to harvest pearls from the Pacific beds off Panama.

Delgado chronicles the confluence of technological advancement, entrepreneurial aspiration, American capitalist ambition, and ignorance of the physiological effects of deep diving. As he details the layers of knowledge uncovered by his work both in archival sources and in the field excavation of Kroehl’s ill-fated vessel, Delgado weaves the tangled threads of history into a compelling narrative.

The original book is published by Texas A&M University Press.

"A fascinating story of engineering, pioneering undersea exploration and America at the start of the Gilded Age. Delgado restores a forgoteen chapter in submarine development to history." - The Daily News

What listeners say about Misadventures of a Civil War Submarine: Iron, Guns, and Pearls