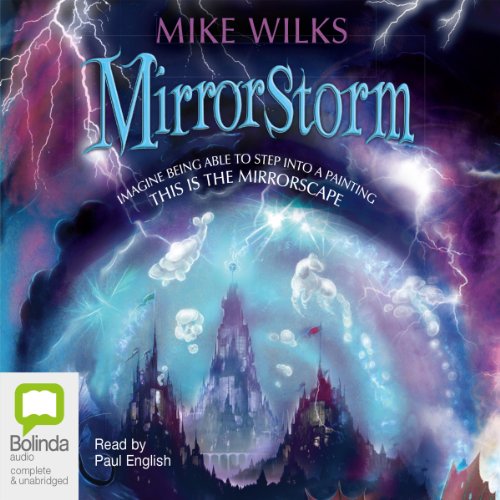 A thrilling adventure filled with fantastical creatures in an incredible secret world. Step into the Mirrorscape and explore the hidden world behind the paintings. It's a dangerous world where anything is possible. This is a thrilling and inventive adventure for all fantasy fans, children and adults alike.

Mel, Ludo and Wren are battling a new enemy - the sinister order of Ters, who have created storms over the city of Vlam. After a cry for help from a land in the Mirrorscape, the three friends go back into that strange and unpredictable world. They make new friends - and enemies - as they attempt to prevent the storms that threaten Vlam with a plague of demons. But the Ters and the terrifying demon-slayer Morg are sniffing at their heels. And it seems there is a traitor in their midst. The fate of more than one world is balanced on the tip of a brush.

This story is an imaginative tour de force from a visual master that will have you on the edge of your seat.

Well written, imaginative and fun for all ages

What did you love best about Mirrorstorm?

I loved the creativity of Mirrorstorm and the plot meant I always wanted to know what happened next.

Which character – as performed by Paul English – was your favorite?

Goldie, a gilded figment who lives in the Mirrorscape is an appealing character because she is quick thinking and solves problems without getting stressed.

I wanted to listen in one sitting but it was too long.

It uses a big vocabulary of words and phrases that are entertaining so watch out or you will find your children quoting it at you.