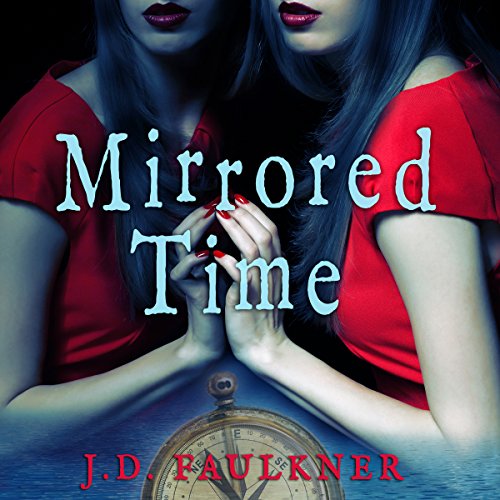 First it was water.

Gwen Conway never knew there were so many ways to die. Honestly, it was something she would have been happy not knowing.

Maybe they really are just dreams. Nightmares. But they won't stop. And dreaming of her death is getting old. Then there's the sleepwalking. She'd like to pass on that too.

Gwen's pretty sure the dreams have something to do with her new job - which, of course, is definitely not just a "job"'

Don't get her wrong, working for the archiver of the time streams has its perks. Having the power to travel to any past or future time is fantastic. Plus, there's Rafe, the ex-gladiator from the future. She'd like to keep him around too. Not that she would tell him that. It'd go straight to his head.

But she's less-than-pleased to find herself in the middle of a time-travelers' war, especially against a crazed half-god who has the power to obliterate the existence of any time or place. And the guardians, her so called allies? All the help they offer are strict rules and smug superiority. Plus, they seem convinced she's already lost - that she's already died.

Gwen is starting to wonder whether she should have read her employment contract more carefully.

This is such a great story. Gwen, the main character, is quirky and really likeable, Allistair feels like the perfect father-figure, and Rafe is the bad boy who gets you with a wink of his eye. All of the characters are really well-developed and a joy to follow.

The story is exceptional. Time travel can be a difficult topic to do well, but this author handles it so well you can almost believe everything is entirely possible. Her writing is crisp while still being descriptive, making every scene come to life.

I can't wait for the sequel.

I was so excited to listen to this book!

Would you listen to Mirrored Time again? Why?

I will definitely listen again to this audio book of Mirrored Time. First, it's a story both my daughter and I enjoy. Second, that's why I buy audio books, to be able to experience the stories I enjoy again and again.

What was one of the most memorable moments of Mirrored Time?

I love many parts of this book, but the interplay between Gwen and Rafe had me smiling and put me in my happy-reading place. Of course the big twists discovered by the end sealed the deal!

What does Melissa Chatwood bring to the story that you wouldn’t experience if you just read the book?

At times it was like the narrator was reading my mind, with how I'd put the voice inflection or stress on a certain phrase in my own mind when I read the eBook. She does a great job with the male voices as well as the female voices, accented or not!

Of course I'd love to have the luxury of listening to it in one sitting-- during regular life I don't, but the next road trip we take may provide that opportunity!

My kids and I have started to listen to mostly audio books in the car when we drive to and from school. The radio doesn't give me any control over word or topic choices that my kids hear. I like being able to read a book ahead of time so I know what we can expect. If the story and thoughts are told in a way that suit me, the book makes a great audio choice for my family. Given the vast age difference of my children, finding something that works for engaging the oldest without being inappropriate for the youngest can be a fine balance. This story covers all bases.