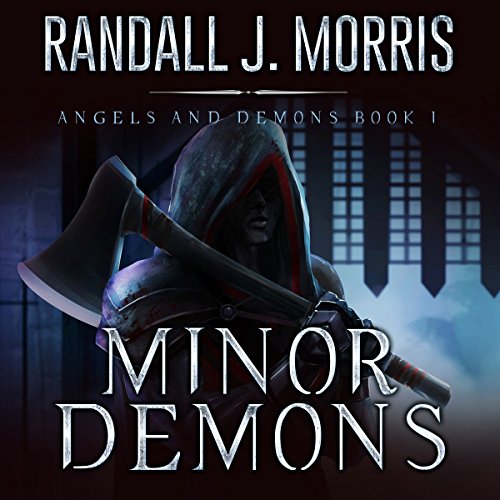 By: Randall Morris
Narrated by: Jim Pelletier
Try for $0.00

The devil made a big mistake. Years ago he branded Shadow's father, Abaddon, a traitor, guilty of conspiring with the angels, and currently tortures him in the lowest circle of hell. The demon Shadow vows to rescue his father but has always wondered if the rumors were true. After all, his father did give him Michael the Archangel's short blade before he was dragged off by the devil's army.

Leech has always been picked on and bullied by the other demons. His father is a lowly minor demon in General Cain's armies and has little hope of advancing. Despite his small size, Leech knows he was meant for great things and refuses to let larger demons get in the way of his ambition and hunger for power.

Denied a life of ease and luxury, Lilith trained herself to fight with a single goal in mind: killing her mother. Lilith was raised by the minor demon Panic, despite the general consensus that she was actually the daughter of the major demon of lust, Vixen. Vixen refuses to acknowledge her, and Lilith plans on making her pay for it.

Follow Shadow, Leech, and Lilith on their journey to become minor demons.

What listeners say about Minor Demons

So this story was alright, but nothing really special. Plot and character development was a bit poor and lacking, and the performance wasn't quite there either.

I was intruiged by the premise but instead of the demons actually being demons they just talk/act like edgy teenagers who think wearing trench coats is cool. The protagonist is an annoying Mary Sue and the narrative didn't invest me. the narrator did quite a good job though. young adults may enjoy this but there is probably better books on offer