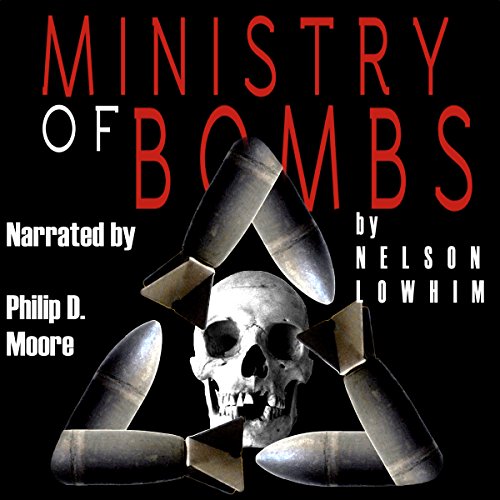 By: Nelson Lowhim
Narrated by: Philip D. Moore
Try for $0.00

This is a thriller unlike any other. Thought provoking and hard-hitting, it's to be listened to with a glass of scotch.

In the mountains of Yemen, rebellion brews and spits out terror into the world. In Pakistan, a nuclear scientist escapes. And an agent in America, Justice, sees this and understands that the world is in danger. He must find the scientist before the terrorists do. If he doesn't, millions will die. Will he save the day? As he peers deeper into the world of terrorism and the war on terror, Justice finds that things are never as they seem to be.

Not your average spy or thriller novel, this looks deep into the heart of terror. Dare to listen!

What listeners say about Ministry of Bombs

This could be viewed as a typical terrorist/spy novel and in some respects it is. The story flows quite well and switches between viewpoints, its hard not to have political bias in a story like this and that does come across but not in the expected gung ho way I was expecting. It highlights a lot of the hidden horrors of a campaign against terrorism and doesn't pull any punches.

The characters were a mixed bag, some very good showing clear progression as the novel went on and some a bit two dimensional or unbelievable and some of the actions they undertook just seemed to jar a bit.

The narration was OK, it certainly wasn't a performance that would win any awards but it was listenable. His intonation was a bit annoying and he kept a pretty flat tone throughout but he tried to do voices at least.