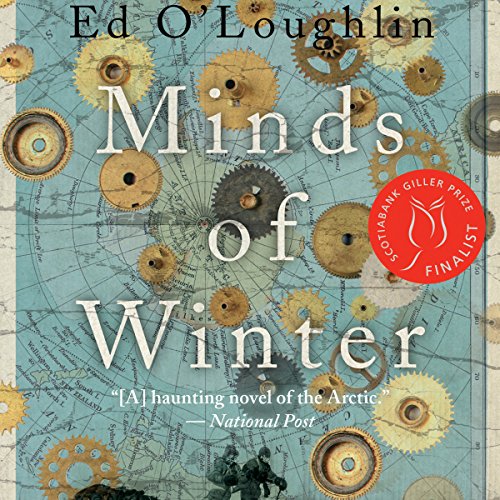 Longlisted for the 2017 Scotiabank Giller Prize

Longlisted for the 2017 Walter Scott Prize for Historical Fiction

It begins with a chance encounter at the top of the world.

Fay Morgan and Nelson Nilsson have each arrived in Inuvik, Canada, about 120 miles north of the Arctic Circle. Both are in search of answers about a family member: Nelson for his estranged older brother, and Fay for her vanished grandfather. Driving Fay into town from the airport on a freezing January night, Nelson reveals a folder left behind by his brother. An image catches Fay's eye: a clock she has seen before. Soon Fay and Nelson realize that their relatives have an extraordinary and historic connection - a secret share in one of the greatest unsolved mysteries of polar expedition. This is the riddle of the "Arnold 294" chronometer, which reappeared in Britain more than a hundred years after it was lost in the Arctic with the ships and men of Sir John Franklin's Northwest Passage expedition. The secret history of this elusive timepiece, Fay and Nelson will discover, ties them and their families to a journey that echoes across two centuries.

In a feat of extraordinary scope and ambition, Ed O'Loughlin moves between a frozen present and an ever thawing past. Minds of Winter is a novel about ice and time and their ability to preserve or destroy, of mortality and loss and our dreams of transcending them.