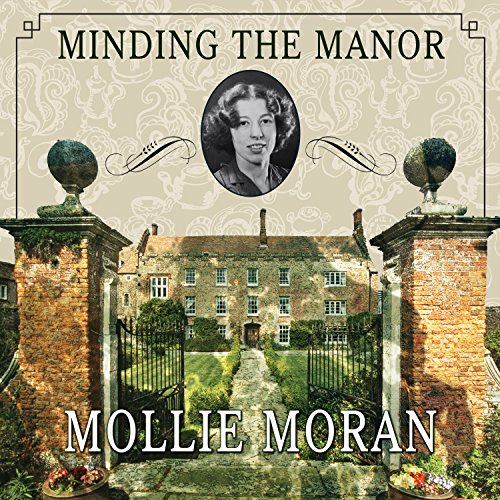 By: Mollie Moran
Narrated by: Veida Dehmlow
Try for $0.00

Mollie Moran is one of the few people alive today who can recall working "downstairs" in the early 1930s before the outbreak of World War II. In Minding the Manor, she provides a rare and fascinating insight into a world that has long since vanished.

Mollie left school at age fourteen and became a scullery maid for a wealthy gentleman with a mansion house in London's Knightsbridge and a Tudor manor in Norfolk. Even though her days were long and grueling and included such endless tasks as polishing doorknobs, scrubbing steps, and helping with all of the food prep in the kitchen, Mollie enjoyed her freedom and had a rich life. Like any bright-eyed teenager, Mollie also spent her days daydreaming about boys, dresses, and dances. She cherished her friendship with Flo, the kitchen maid, dated a sweet farmhand, and became secretly involved with a brooding and temperamental footman. Molly eventually rose to kitchen maid and then became cook for the Earl of Leicester's niece at the magnificent Wallington Hall.

If you love Downton, this is right up your street! ( Closer)

What listeners say about Minding the Manor

Would you consider the audio edition of Minding the Manor to be better than the print version?

I liked having it read to me - the narrator did a great job of convincing me she was Mollie!

I liked Mollie's spunk and her sense of adventure. I also enjoyed the ability to understand the daily routines of the downstairs staff in the 1930s.

What does Veida Dehmlow bring to the story that you wouldn’t experience if you just read the book?

She had an accent - I don't know British accents so I assume to be fairly authentic one - but nonetheless made the book entertaining and convincing.

I am so glad that Mollie wrote this memoir so as to not loose this this sort of history.

This book was one of the best books I've listened to. Loved the story and Molly's adventures. The narrator was also top-notch. I will be listening to other books she's narrated.

Narrator brought it all to life making me feel part of Ms. Moran's history. I could vividly picture the scenes in the scullery, kitchen, her mother's cottage but most of all smell the aroma of baked goods. I just loved it!!

Refreshing and so likeable

Will Mollie's accounts of working for the gentry reveal any new information for those who have already read other books on the subject? No, probably not. But I got such a pleasure from listening to her own memories unique to her and the stories of a young woman from a different time. The narrator was excellent, as if you really stumbled upon old Mollie Moran while working at a nursing home and got to hear her gem of a tale.

Firstly, the narration was fantastic! But oh, the story! What a sweet surprise! We’ve heard tell of how hard domestic service is and this story has that but the rest of it is just so amazing and uplifting! How I would have loved to have met Mollie. The stories she has to tell and the way she writes them truly transports you to those grand stately houses in London and the surrounding countryside. You can almost hear the clacking of the copper pots and smell the delicious aroma of the food! And to be found in her mother’s kitchen on baking day sounds like heaven!
A beautiful life and an amazing story with a narrator who gets it right...you can’t go wrong with this book!

Where does Minding the Manor rank among all the audiobooks you’ve listened to so far?

More relaxing than many. A simple story told by a lady I would love to meet.

Molly, she captures from the start

Molly riiding her bike in a ballgown

The moment in which her Dad died

A simple pleasant experience. It relaxed me and brought back many memories.

I loved traveling down memory lane with this young lady. All the details made me feel like I was there beside her. Bravo.

just a wonderful story by an awesome narrator who did Molly Briwn justice by capturing her wonderful spirit.

An absolute delight to listen to especially while doing my indoor chores due to covid.