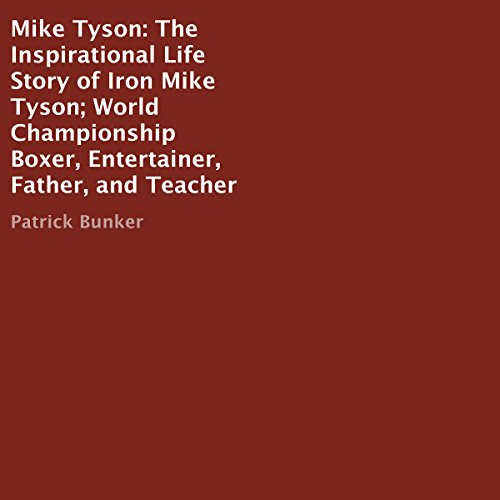 By: Patrick Bunker
Narrated by: J. Alexander
Try for $0.00

Mike Tyson became famous in the boxing world in the 1980's and then became a world famous celebrity in the 1990's. He is one of the greatest boxers to ever live and he is also a very unique athlete. Many people are aware about the battles Mike has fought in the ring, but they are unaware of the battles he has fought with his own demons. With all of the obstacles Mike has faced in his life, he has always managed to overcome his problems and improve his life.

At times, Mike has been judged in a negative manner because of his past mistakes, but he is truly a great leader who has a great deal to teach the world about how to work hard to get what you want and also about what really matters in life. Mike has fought some of the best fighters in the world including Evander Holyfield, Lennox Lewis, Tyrell Biggs and many more. His personality has turned him into a celebrity. He appears in major movies like The Hangover and he is a regular on various talk shows around the world. After his boxing career ended, he became involved in a multitude of projects, but the one that means the most to him is his own personal charitable foundation.

What listeners say about Mike Tyson