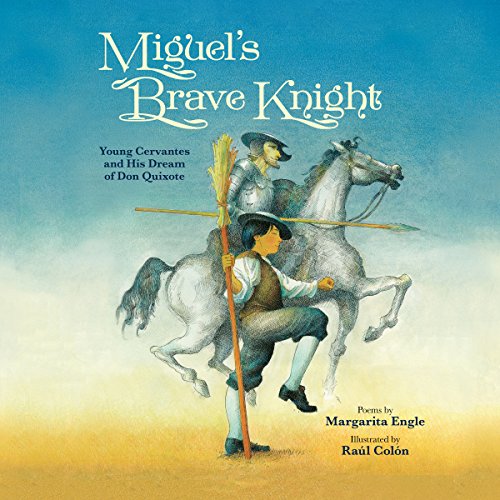 By: Margarita Engle
Narrated by: Thom Rivera
Try for $0.00

This fictionalized first-person biography-in-verse of Miguel de Cervantes Saavedra follows the early years of the child who grew up to pen Don Quixote, the first modern novel. The son of a gambling, vagabond barber-surgeon, Miguel looks to his own imagination for an escape from his family's troubles and finds comfort in his colorful daydreams.

At a time when access to books was limited and imaginative books were considered evil, Miguel is inspired by storytellers and wandering actors who perform during festivals. He longs to tell stories of his own. When he is 19, four of his poems are published, launching the career of one of the greatest writers in the Spanish language.