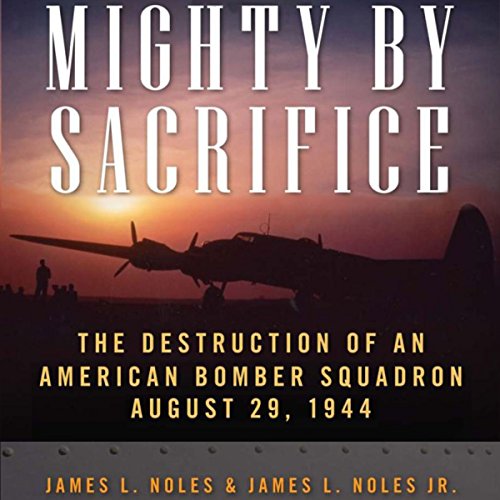 On August 29, 1944, the 15th US Army Air Force unleashed 500 bombers against oil and rail targets throughout central Europe. It dispatched the 20th Squadron of the Second Bombardment Group on what they regarded as an easy assignment: attack the Privoser Oil Refinery and associated railroad yards at Moravska Ostrava, Czechoslovakia. This "milk run" deteriorated into the bloodiest day in the Second Bombardment Group's history: not a single one of the 20th Squadron's B-17 Flying Fortress bombers returned from the mission. Forty airmen were killed, another 46 spent the rest of the war as POWs, and only four, with the aid of the OSS and anti-German partisans, and sympathetic Czech civilians managed to evade capture.

The 90 airmen on the mission to Moravska Ostrava provide a remarkable personal window into the Allies' Combined Bomber Offensive at its height during WWII. In a microcosm, their stories encapsulate how the US Army Air Forces built, trained, and employed one of the mightiest war machines ever seen. Their stories also illustrate, however, the terrible cost in lives demanded by that same machine.

"Brilliantly captures the sights, sounds, and fury of the bomber war in World War II. From the fast-paced action of pilots outmaneuvering strafing FW 190s to the adrenaline-charged stress of a tail gunner's position, this ground-breaking book puts the reader into the lethal skies of Central Europe in the summer of 1944." (Patrick O'Donnell, author of We Were One, The Brenner Assignment and They Dared Return)
"This is a great story that deserves to be told.... The authors do such a wonderful job of relating the terror and speed of aerial combat." (Stephen L. McFarland, coauthor of To Command the Sky: The Battle for Air Superiority over Germany, 1942–1944)

This is a book for the ages; a tribute to all Allied bomber crews who flew in WWII. If for just a moment, you can pull yourself away from the rush of daily life, go to a quiet place, fold your hands, bow your head and say a little prayer of thanksgiving to the Lord for putting men like them on this earth, to voluntarily go on these dangerous missions with uncertain outcomes but with the goal of ultimate victory.

What disappointed you about Mighty by Sacrifice?

Too wordy, long winded, too long to get to the point.
NO action!

I'm not a writer but this book has no story.

Longing for the story to begin.