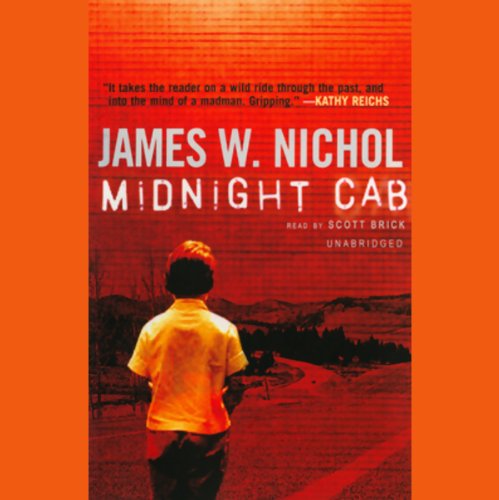 By: James Nichol
Narrated by: Scott Brick
Try for $0.00

A terrified 3-year-old boy is found clinging to a wire fence at the side of a country road. His mother had whispered to him to never let go, then she vanished. The only clue found by authorities as to the child's identity is a photograph of two summering teenage girls and a letter presumably written from one to the other.

Sixteen years later, Walker Devereaux is in Toronto to discover the truth about his biological mother, of whom he has a dim memory. Working as an after-hours cabdriver, Walker befriends Krista, a demanding, pretty, wheelchair-bound night dispatcher. Krista and Walker become fast friends, and she can't help but involve herself with Walker's quest to understand his shrouded identity.

Soon enough, though, their off-hours sleuthing turns perilous. Walker and Krista's wooded countryside veers this duo ever closer to that of another abandoned boy who has transformed himself into the embodiment of his own desperate, violent, and sinister pathologies.

"Suspense remains high because Nichol has a genuine gift for both language and plotting." (Booklist)

What listeners say about Midnight Cab

suspense, murderous insanity to the extreme

A mesmerizing book with totally believable story lines filled with jealousy, insanity, and unrelenting suspense. The plot was intricate, filled with insightful flash backs and colorful characters. A must listen.....

I gave this book a four star rating because I thought it was good enough to keep my attention most of the time, and had an interesting premise, as a young man begins to find his roots. The twists and turns as the gentle main character searches for answers to his past were captivating and surprising with each turn. Sometimes I found myself not listening, as the story slowed down to a dull roar, but then it would pick back up again and grab me. The reader was pleasant and fit the tone of the mystery to be told.

Midnight Cab has all the elements I look for to call a book a "good listen". Mystery, plausible storyline, somewhat unique storyline (not just a new title for the same old story), a little romance, and good real human characters.

Great effort for a first book

I thought this was a good story with a plausible premise. Not everything that transpired was believable, but hey, this is a work of fiction and readers are allowed to suspend beliefs. One of the things I liked about the book was the inherent evilness of the main antagonist. This character was right up there with some of the psychopaths created by John Sandford in his Lucas Davenport series. Walker and Krista were likeable characters and I found myself rooting for them as the story progressed. Some twists that I expected didn't materialize while some that did were somewhat predictable. Scott Brick is one of my favorite readers and I'm still not sure why he decided to pronounce "about" as "aboot" for every character who said it. I don't recall this pronunciation in any of his other work I've listened to. All in all a good listen. I look forward to Nichol's next effort.

I read reviews from other sites and decided to have a listen anyway -
"This was the worst book I think I've ever had on audio - and that would be many." I guess the "overall" story was alright but the narration was terrible. The details seemed meaningless AND endless - this is the first book I wished I had downloaded the abridged version of!

I had problems with this one

I found it difficult to pay attention because the pace was so slow, and at times erratic. If I were editing this book, I'd recommend that the author reread what he'd written and consider the coherence of the manuscript.
Sometimes this technique can increase the suspense, but it failed in this case. Someday when I have lots of spare time and a better tolerance for extended plot lines, I'll listen to this again.
Oh, I travel by car a great deal and listen to many audio books.