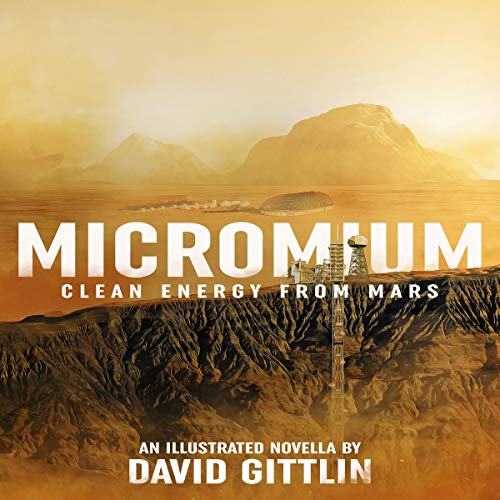 By: David B. Gittlin
Narrated by: Cait Frizzell
Try for $0.00

The year is 2038. Earth's biosphere is on the brink of destruction from the effects of global warming and pollution. The World Energy Council has awarded a lucrative contract to a major US corporation to mine a precious ore discovered by the first manned mission to land on Mars. One kilo of Micromium can power a large city for a year without environmental side effects. A few grains of the ore can fuel a car for a year or longer. Micromium promises to provide clean energy to a thirsty planet far into the future.

When two people die in a mining accident on Mars, the World Energy Council sends Commander Logan Marchant and a crack team of astronaut specialists to investigate.

Confronted with a lack of cooperation from the mining colonists, the investigation is further complicated by Logan's growing attraction to the team's beautiful and brainy geologist. While tensions and tempers rise, Logan and the audit team make one shocking discovery after another, until the investigation leads them into mortal danger, and ultimately, to a surprising conclusion.

What listeners say about Micromium