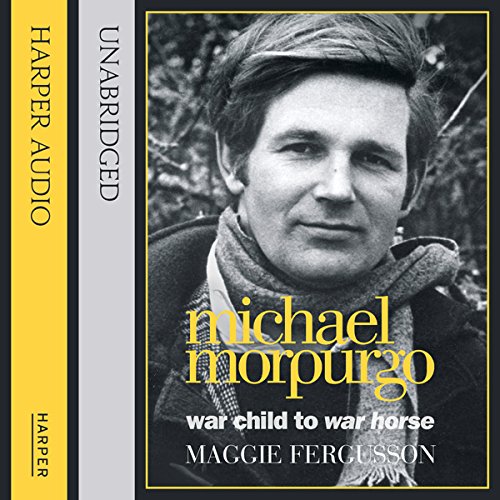 Michael Morpurgo is a national treasure. With books such as Private Peaceful, Kensuke’s Kingdom, and The Wreck of the Zanzibar, he has enchanted a whole generation of children, weaving stories for them in a way that is neither contrived nor condescending. His is a rare gift.

In 2007, Michael’s novel War Horse was adapted for the stage by the National Theatre. Five years on, it continues to play to packed audiences of all ages, and has been turned into a blockbuster film by Steven Spielberg, propelling Morpurgo to household-name status.

Michael’s own story is as strange and surprising as any he has written, and is shot through with the same thread of sadness found in almost all his work. How did this supremely un-bookish boy, who dreamed of becoming an army officer, become a best-selling author and children’s laureate instead? What personal price has he paid for success? And why, amidst his triumphs, is he now haunted by regret?

In a unique collaboration, Maggie Fergusson explores Michael Morpurgo’s life through seven biographical chapters, to which he responds with seven autobiographical stories of his own. The portrait that emerges is one of light and shade: the light very bright, the shade complex and often painful.

"The former children's laureate has the happy knack of speaking to both child and adult readers." (The Guardian)
"Morpurgo was a teacher before he was a writer, and it’s easy to see how he kept whole classrooms rapt. That he chose not to restrict his stories to the classroom, but to write them down too, has brought insight, pleasure and excitement to millions." (Daily Telegraph)
"This is an outstanding biography: deeply researched, sympathetic and full of insight … it brings this extraordinary man to life on every page." (Claire Tomalin)

I knew the name Michael Morpurgo and had recently written about the Private Peaceful film for my blog, but haven't actually read/heard any of his books so I thought this biography might be a good place to start.

The structure of seven chapters and seven stories is a clever idea that works very well to give added insight into Michael's writing and imagination. I though Stephen Thorne did a great job of the narration, effortlessly switching between more 'serious' reading for the biography chapters and true storytelling for the stories. As stated in the prologue, the whole book is intended to be suitable for Michael's general readership, including children, so all the writing is set around this level. Therefore the narrative zips along and I never found my mind wandering, but the bar is certainly set high enough to capture adults as well. The story chapters are lovely and I inspired now to search out more Morpurgo on Audible. Hopefully someone has recorded Kensuke's Kingdom ... ?