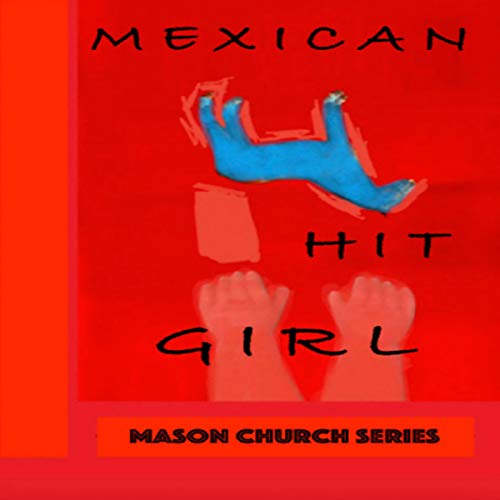 The Mexican drug war has reached critical mass, and the US government, under the direction of the INL and National Clandestine Service, must take drastic measures.

Mason Church, a decorated US soldier, returns home plagued by the emotional scars of war and the fragmented memories of his father. Loveless, broke, and jaded, he's recruited by National Clandestine Service to assassinate Mexico's biggest drug kingpin.

Sixteen-year-old Valentina Vargas witnesses the massacre of her family by the ruthless drug lord. Suddenly orphaned, she must make a decision to remain a peasant or retaliate against the sadistic murderers.

Following the DC bombing death of the head of INL by an unrecognizable and grotesque assassin, a mole is suspected within the high ranks of Washington.

In order to succeed in Mexico, Mason must partner with Valentina, maneuvering through the dangerous labyrinth of menacing drug cartels and corrupt government officials. Brought together by accident, Mason and Valentina realize their only hope of survival lies with each other.

What an excellent piece of work by this author. I thoroughly enjoyed this book and would like to recommend this to all.

It wasn't just some fictional book

The relationship between 2 of the main characters is amazing and really well fleshed out. It seemed like a very realistic book and that was for me partially why I liked it so much. It wasn't just some fictional book with no chance of ever happening in the real world, no it was something that you could relate to because you may know friends or family that have gone through similar situations.

"I am usually not someone who likes books with war stories in them, but SC Smith has a new fan! He combined war stories, spy stuff, human interest and so many more things in this book, that it absolutely is impossible not to find the book extraordinary! There are some scenes that left me horrified, but without those scenes, it would be impossible to understand what the book is all about. It is so sad, to realize, that even if this book is a work of fiction, so many of the atrocities that he describes throughout the book, do actually happen somewhere, every day, across the globe! This is a book that will appeal to male and female. It has enough action to keep you on the edge of your seat and enough heart to linger well after you have finished it!"

This is an exceptional story which deserves 5 stars. The plot is amazing and the characters are colorful. I am enjoying it.

I liked the book and recommend it. I just think it could have been better with a little more attention to detail.

I enjoyed this book. The author has a fine style. The prose drew me in and did not get in the way of the storyline. I loved the last line of the book.

Great mix of drugs and assassinations. I found it an exciting distraction from my every day.
Performance was excellent.