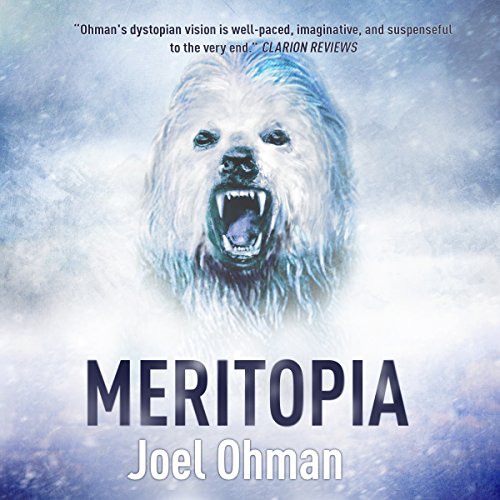 In this thrilling conclusion to the best-selling Meritropolis trilogy, Charley and company chase the Czar to Meritopia, a utopian city set among celestial heights in the mountains. Just to get near the city, Charley will have to brave terrifying new animal combos roaming wild among the stark wilderness, and if he succeeds in summiting the peak, there's no assurances that he will even be able to gain access. Meritopia might deign to be a perfect society based on merit, but that doesn't mean everyone's invited. But Charley's not the kind of person who waits for an invitation to do what needs to be done and this is his last chance to zero the System and avenge his brother's death.

not worth the time

Horrible. Preachy. After the really great story beginnings of the first 2 books the author ran out of time and had to shove every single drop of his religous beliefs, his assumed ethical correctness, and his social and philosophical udeoligy into this final book. No - it would not have been better if he’d have made the attempt to spead it out over multiple additional volumes. If you want God ideology - just go to church and read the bible. This story was not improved by the preaching. and to be honest - I paid way too much for the “opportunity” to be dragged through the preaching so i could get to the end of the story. This guy can write and its sn interesting world but in the rnd he was so caught up on “teaching” the reader hus philosophical content that he had to resort to telling the reader that his characters had grown - and how - instead of showing them grow... So bad i do not even know what the end was... something like , “and they all lived happily ever after”...
horrid... just really bad. first 2 books - good for a stiry - last book - horrible horrible horrible. I did not come to learn about the right-ness of your God.

Excellent ending to an epic trilogy

This book was a great way to end the Meritopia trilogy. I thoroughly enjoyed all three books and was fascinated by the concept of the scoring system. Ohman’s style and ideas force the reader/listener to re-analyze his/her political and societal perspectives. Well done!