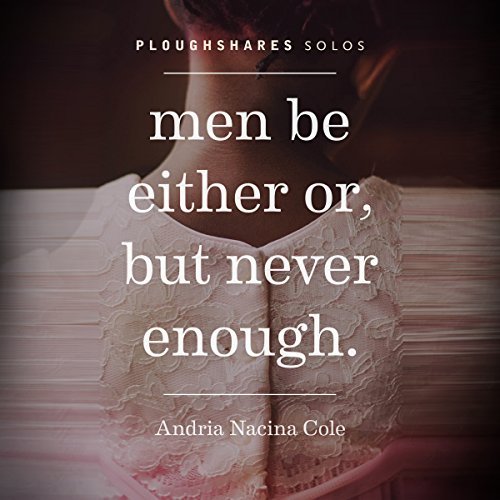 Men Be Either Or, But Never Enough

By: Andria Nacina Cole
Narrated by: Robin Eller
Try for $0.00

Eight-year-old Leeza hates the boys on twenty-fifth street. Worse than anything, she thinks, after they spit on her and tell her she smells. At home, Leeza's stepmother shows her no sympathy, scrubbing her skin raw and ordering her to chew gum. When the teasing from the "beady-eyed" twins on twenty-fifth takes a dangerous turn, so does the tension between Leeza, her stepmother, and her father. Moving fluidly between unreliable perspectives, "Men Be Either Or, But Never Enough" is a fresh and enthralling account of a young girl's struggle to make sense of her family and herself.

What listeners say about Men Be Either Or, But Never Enough

gutted after finishing first listen. this is not for someone who needs characters to be their friends in order to keep reading. this story is fierce and it is true and it doesn't care whether you like it or not.

(The narration itself is gorgeous too)