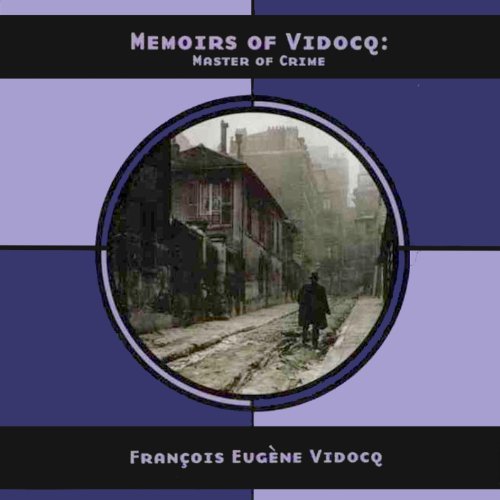 Criminal exploits, secret agent intrigue, and clever disguises fill the pages of Francois Eugene Vidocq’s memoirs. A legendary figure in history, Vidocq is known as the first detective and an inspiration to great writers such as Honore de Balzac, Victor Hugo and Edgar Allen Poe. As a player in the criminal underworld, Vidocq is a master of disguises and an accomplished thief, eventually turning his unlawful talents toward catching criminals as the first French chief of secret police. Playing both sides of the law, Vidocq’s life highlights the blurry line between law enforcement and the criminals they pursue. Vidocq has a knack for finding trouble throughout his topsy-turvy life, getting into one hot situation after another, often finding himself behind bars, only to escape the first chance he gets. This book will take you on a whirlwind tour of 1830s France, including the circus stage, pirate ships, prison cells and beautiful women’s boudoirs. Vidocq’s life story is unforgettable and includes some of the best crime stories and juicy tales ever written. Last year, Gerard Depardieu starred in the French film adaptation of the memoirs, titled Vidocq.

What listeners say about Memoirs of Vidocq

It’s hard to believe this hasn’t been on audio before.

Get ready for a revelation: Vidocq was an 18th century master thief, who so bedeviled the French police that they eventually begged him to become their Master Detective, turning the tables on crime. He founded the Sûreté Nationale as well as creating the FIRST private detective agency, He is indeed the Father of modern criminology!

Like Sherlock Holmes, Vidocq had no special technology or advanced science to solve his crimes or set criminal traps-- only his wits and knowledge of the criminal mind.

Like Holmes, he was, perhaps, a sociopath. He had no interests except in The Game.