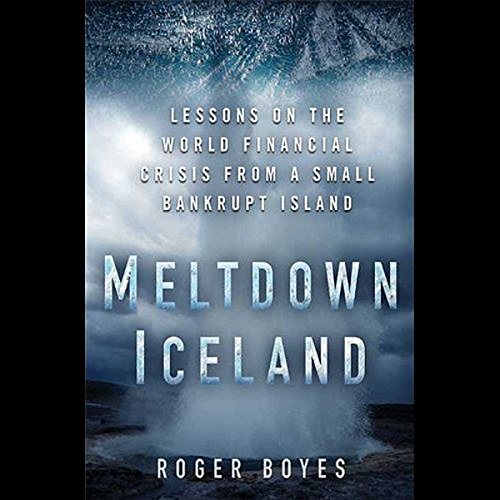 It is a truism that when America sneezes, Europe catches a cold. The subprime mortgage crisis, which began in America in 2007, unleashed a veritable epidemic of financial ill health all over the world. All European countries were affected, and the developing world also felt a chill.

However it was Iceland, a tiny volcanic outcrop in the North Atlantic whose population of 300,000 had the highest GDP and counted itself the happiest in the world, which caught the worst cold. It has nearly killed them. For a few short years, the Icelanders deluded themselves that they were rich. Dour Reykjavik became the Capital of Cool. Rock musicians like Damon Albarn bought houses and stakes in pubs. Clubs boomed, the alcohol was expensive and the Krona was strong.

All over the world people are trying to understand what caused the economic crisis and are asking themselves who is to blame. In Iceland that question is easily answered and the handful of bankers and politicians responsible have had to hire body guards, hole themselves up in their country houses, and stay off the streets for fear of attack.

Collaborating with the business editor of Iceland's leading daily newspaper, award-winning writer Roger Boyes tells the inside story of the bankrupting of Iceland and explains how it has ramifications for us all, from the private and public investors who trusted their money in Iceland's banks, to the workers in high street clothes stores whose owners no longer can pay for the shirts on their own backs.

Writing with panache and color, and drawing on interviews with everyone from artists and policitians to the local fisherman, Meltdown Iceland is an authoritative and compelling account of the financial destruction of this tiny, icy but vibrant country.

The book is solid, giving lots of background color to those hungry to learn about this particular crisis, and about its implications. Although these wouldn't distract most readers, the listener should be warned that the reader mispronounces Icelandic names, including, comically, pronouncing "Ísland", the name of the country "island", the English noun. He thankfully checked out people's proper names, but the reader should review company and town names before talking about the facts of the book with Icelanders they meet.