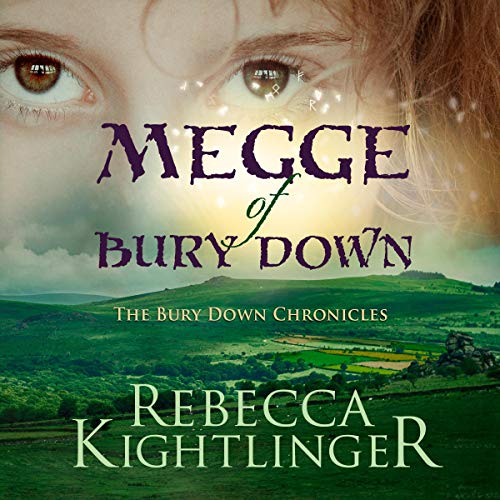 By: Rebecca Kightlinger
Narrated by: Jan Cramer
Free with a 30-day trial

In 13th century Cornwall, young Megge has just come of age to be apprenticed to her mother, the healer of Bury Down. But first, she must accept and vow to protect The Book of Seasons, an ancient tome that holds life-sustaining power harnessed centuries earlier by Murga, the first seer Bury Down.

At her vow taking ceremony, yearning to accept her inheritance and take her place in her family's long line of healers and seers, Megge reaches for the book. When she touches it, she feels something writhe within it and becomes convinced that the book is cursed and that she too will be cursed if she accepts it.

Despite her mother's pleas to protect the book from the one who would usurp its power, Megge refuses to even look at it. But when a Blackfriar abbot arrives in the village claiming to be under orders to root out heretics and imprisons the healer for refusing to turn over her "demon's book", will Megge finally summon the courage to take that vow?

What listeners say about Megge of Bury Down

This book is not what I expected and the book cover does not do the book justice. I liked how the author used real 13th century history and mixed it with some fantasy. In some ways it reminds me of Shadow of Night in the Discovery of Witches series. However, Megge of Bury Down is a cleaner read. This book is different yet predictable. I would highly recommend it. It is suitable for all.

I can't wait to hear more of this new series!

I received this audio book free from the author in return for review. I enjoyed listing to this audio book and look forward to the next in the series. The main characters are strong women and healers.

The Power of Women

In the 13th century, powerful women who refused to submit to power did so under constant threat of torture and death. In this story of a child destined to guard great power, Ms. Kightlinger has used real history to create a world in which what some call fantasy is only one more aspect of daily life. This is fantasy for people who don't read fantasy, and a must-read for anyone seeking characters who rise into reality strong and full of life. Best of all, it's suitable for young readers, and highly recommended. Just be ready for their questions.

it's been a long time since a book has made me openly weep. I really enjoyed this story and can't wait for the sequel that should be out soon. Fabulously narrated too.

This was an excellent story!I enjoyed it. Jan Cramer was a fine narrator.I was given this free review copy audiobook at my request and have voluntarily left this review.'

Folks, not only was this book a great read, but now it can be had in an audio book, sent straight to your personal device! Gone are the days of JUST Books On Tape! You have to nab this copy today, and start listening.